The idea for this blogathon, hosted by Backlots, came from a very clever movie marathon at the Castro Theatre a number of years ago, entitled the “Dueling Divas” marathon. Each day, the theatre would show a double feature–each film starring one lady of the silver screen who had a rivalry with the lady starring in the other. For example, they had an entire week devoted to Joan Crawford and Bette Davis, where they showed double features of Possessed/The Letter, The Women/All About Eve, Johnny Guitar/In This Our Life, etc.

So, drawing on that very clever idea, I am hosting the Dueling Divas Blogathon, which I have scheduled to take place between December 20-23. It’s a ways off, so as to leave enough time to plan your blogging schedules accordingly.

Participants may blog about any of the following types of Dueling Divas:
- Those who had a rivalry in real life, either over a particular film role or over a personality clash, e.g., Bette Davis and Joan Crawford.

- Those who had a rivalry on the screen, ie Mildred and Veda from Mildred Pierce.

- Any dual role (see what I did there? Duel? Dual? Be proud.) played by an actor or actress in a classic film, e.g., Hayley Mills in The Parent Trap.

It’s totally free reign, you can write about the divas themselves, compare and contrast one of each of their films, and if you’re going to write about dual roles, you can talk about the differences in their characters or the actor’s technique in portraying them…you get the idea.

1. You can write your entry whenever you want, but please do submit your entries between December 20 and 23, so I can keep track of them.

3. Write on something you love and are interested in! Make funny posts! Make overly dramatic posts! This theme can elicit lots of crazy awesome entries, and it would be so much fun to see a diverse range of posts with many different tones and topics. One of the fun things about blogathons is that we get to experience the different tones of each individual blog, so make it your own! I’m so excited to read all the entries!

I’m leaving a a banner for you to use. Questions? Comments? Concerns? Nagging annoyances? Friendly reminders? Emotional outbursts? Drop me a comment! I look forward to reading all your entries come December! 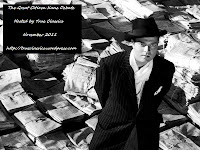