Classicfilmboy's Movie Paradise is an oasis for lovers of classic films from the silent era to the 1960s. Classicfilmboy is a former film critic who loves films from Hollywood's past, from the silent years to the golden age to the last years of the studio era. You may also hear about his other loves--tennis, books, the Olympics--on his blog, but mostly it's about movies.

Classicfilmboy just finished counting down his favorite movie actresses of the 1940s. The top five were the following (click on the name to read the article):

And coming in at #1 is...well, that would be telling. You need to check out the blog site to find that out! 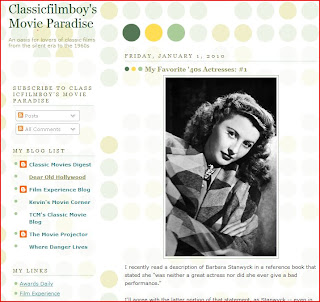 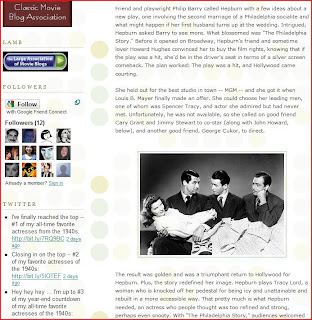 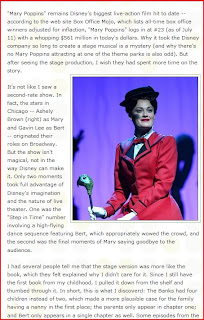