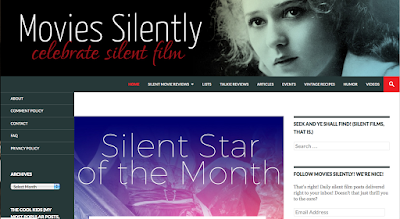 Reading the blog Movies Silently is like visiting an amusement park. If you plan to drop by, it's guaranteed you'll end up spending the day. Better bring a lunch.

Fritzi's site is an adventurous look at silent film, as explored through reviews, Top 10 (or Bottom 5) Lists, amusing silent film gifs, and even vintage recipes. It is a celebration of silent film in all its forms – the serious, the witty, the tragic.

It's also a groundbreaking site that isn't afraid to attack cherished misconceptions.

"My review of The Cossacks is an example of what I most want to accomplish on my blog," says Fritzi. "It represents six months of research culminating in an epic takedown of a reasonably beloved film and an expose of its shameless plagiarism. Looking below the surface was rewarding in this case because it allowed me to both dig deep into film history and expose an injustice that has been ignored for almost eighty years."

You can read Fritzi's review HERE. 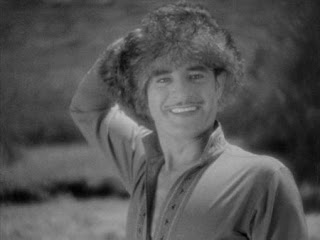 CMBA: What sparked your interest in classic film?
Movies Silently: My parents were very anti-TV and we lived in a rather rural area because of my father's job so if we watched movies, they were VHS tapes from my parents' collection and they preferred the classics. Pretty much every movie I saw, except the original Star Wars trilogy, was at least three decades old so I don't really think of classic movies as odd. Modern movies are the weird ones, I tell you!

I particularly loved cliffhanger serials from the 1930s and 1940s. Flash Gordon, G-Men vs. the Black Dragon, Nyoka and the Tigermen and Buck Rogers are still among my favorites. They resembled Star Wars and I was addicted to their kitschy style. I also loved Cary Grant, Errol Flynn, Katharine Hepburn, Our Gang, Charley Chase, the Marx Brothers and Laurel and Hardy.

As for silent film, I was in my teens when I realized that my movie knowledge pretty much ended at 1930. I decided to remedy that and got a few silent films, one of which was a Charlie Chaplin feature. I was hooked! My favorite discoveries in my first year of silent film were Mary Pickford, Harry Langdon and Cecil B. DeMille. I was familiar with DeMille's cheesy sound epics, of course, but his tight, fast-paced silent films were a revelation. 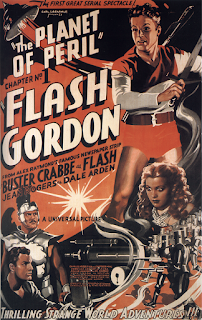 CMBA: What makes a film a "classic" in your opinion?
Movies Silently: That's open to interpretation but I consider the classic era to be from the birth of projected cinema (1895) to the fall of the Code with the introduction of the modern ratings system in 1968. As to whether or not an individual movie is a classic, I think it's a matter of how memorable it is, even if the film itself is obscure.

CMBA: What classic film(s) do you recommend to people who say they hate old movies?
Movies Silently: For silent films, I recommend shocking people with something like The Penalty or The Mystery of the Leaping Fish, which both contain rather extreme content. The latter film is a Sherlock Holmes spoof with a hero who powders his nose with cocaine. In 1916. I have also had good success with Ernst Lubitsch's quirky comedies, from The Oyster Princess to The Shop Around the Corner. 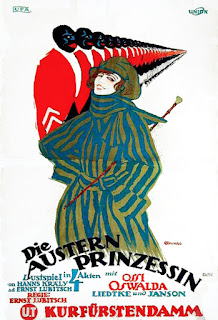 CMBA: Why should people care about classic film?
Movies Silently: For the same reason they should care about history, classical music and fine literature: it expands the mind while giving us a glimpse into the past. All modern movies owe something to the classics and it's always worth it to look and see what they have to offer.

CMBA: What is the most rewarding thing about blogging?
Movies Silently: First, it really opens my mind and makes me watch silent films that I might have otherwise ignored. I like to hold reader request events and I am always thrilled with the wide variety of selections that my readers come up with. Second, blogging about silent films has put me in touch with producers, accompanists, authors and other silent film professionals whose work I have admired for years. I consider it a huge privilege to get to know them. 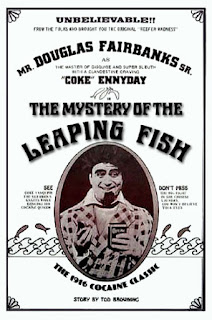 CMBA: What challenges do you face with your blog, and how do you overcome them?
Movies Silently: The biggest challenge is that silent film scholarship tends to be a bit calcified. It is taken for granted that D.W. Griffith invented everything, all British silents are awful and that hardly any women were powerful behind the camera. All that is changing, of course, and I want to be part of the change. I consider it a duty to start smashing idols, questioning unimpeachable sources and generally raising hell. Of course, this can lead to a certain amount of resistance in some quarters but the tide is turning.

I always try to come up with a fresh perspective, a new angle for every film I review. I mean, what's the point of reviewing a film if I am just going to echo what everyone else says? If I can't find that angle, I put the film aside for a while and wait until I can think of one. This can take years but the wait is worth it. For example, I handled my review of the 1925 version of Ben-Hur by attempting to write the most comprehensive behind-the-scenes story possible. 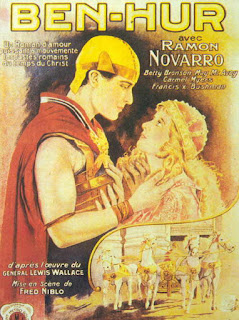 CMBA: What advice would you give to a new blogger?
Movies Silently: 1. Look at your writing objectively and determine your strengths and weaknesses.
2. Have someone whose opinion you respect read your writing and tell you whether or not it is interesting and fun.
3. Write about what you love with passion, don't just pick a topic because it seems popular. If your writing is entertaining, people will come.
4. All my favorite bloggers have this thing in common: they write highly subjective, highly opinionated content and they clearly articulate what they do and do not like.
5. If you are planning to blog about films, read, read, read and read some more. Read what? Film criticism and theory from every era. Study the critics, find out what makes their writing smart or amusing.
6. Don't take shortcuts. Don't just parrot what other people write. Step off the beaten path and try to share obscure picks. It will give your blog texture and variety. 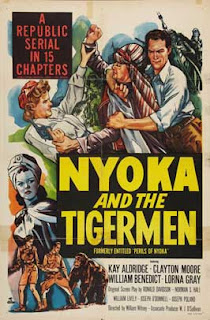 Thanks for joining us, Fritzi! You can visit her blog by clicking HERE.