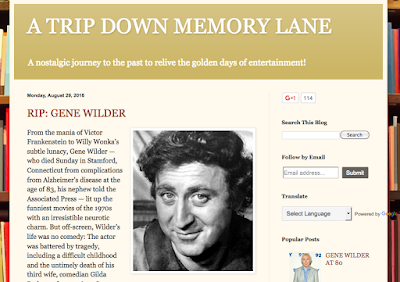 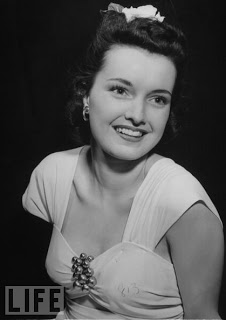 CMBA: What sparked your interest in classic film?
A Trip Down Memory Lane: Growing up I was very close to my Grandfather, and he instilled in me a love of old music and movies. He has been gone for 13 years now, but the memories of my Grandfather and I crying as we watched the drama Penny Serenade (1940), or singing along to the musical Good News (1947), remains with me to this day as I raise my young children.

CMBA: What makes a film a "classic" in your opinion?
A Trip Down Memory Lane: I used to say that a classic film was one that was made before I was born (pre-1974). However, to me a classic film is a film that generations can enjoy and a film that is timeless. 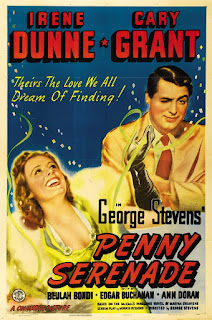 CMBA: What classic film(s) do you recommend to people who say they hate old movies?
A Trip Down Memory Lane: It has taken me 11 years of marriage to convince my wife that not all old movies are truly “old”. I started off by showing my wife movies that did not really age such as Arsenic and Old Lace (1944) and White Heat (1949). Then I moved on to more obscure movies like The Face Behind The Mask (1941). I have watched every genre of movies with her now – except for silent movies. I need a few more years of marriage for that! 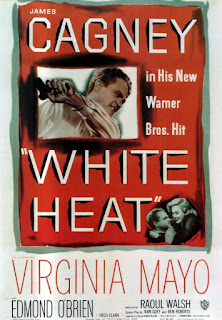 CMBA: What is the most rewarding thing about blogging?
A Trip Down Memory Lane: The most rewarding aspect about blogging is sharing a love of classic movies and entertainment with like-minded individuals. It is great to meet people who think Gigot (1962) is a great movie or who always wondered what happened to singer Dick Todd. 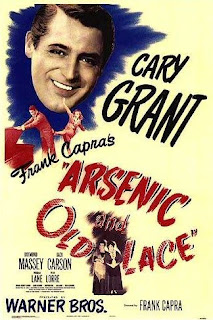 CMBA: What challenges do you face with your blog, and how do you overcome them?
A Trip Down Memory Lane: It gets discouraging sometimes when you put your whole heart into writing an article and no one comments or you have only a few views. To overcome it, I remind myself that I am writing this blog because I love talking about old movies, and I also remind myself that sometimes I can publish a story on my blog years ago and it just gets discovered. Whatever you publish on the internet never is truly forgotten or lost!

CMBA: What advice would you give to a new blogger?
A Trip Down Memory Lane: What advice I would have for a new blogger is to not get discouraged. Publish a blog for the right reasons, and also be patient. It takes awhile for your blog to be discovered and to build up a fan base. 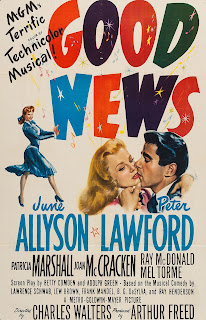 Posted by Silver Screenings at 8:00 PM