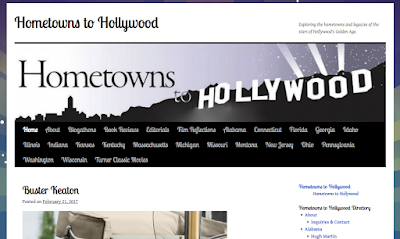 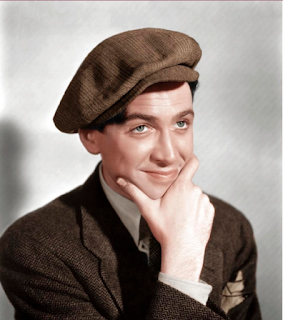 CMBA: What sparked your interest in classic film?
Hometowns to Hollywood: I became interested in classic film at a young age. When I was little, my father would go to Blockbuster and rent Our Gang shorts for me as well as Laurel and Hardy films. I enjoyed these so much and would look forward to every time he brought something black and white because I knew it would be good. I also loved watching the annual broadcast of The Wizard of Oz and became a huge fan of Judy Garland. When my family eventually subscribed to cable television, I flipped through some channels and was stunned to see Judy in a film that was not my usual Wizard of Oz. This was my first encounter with Turner Classic Movies and they happened to be showing Strike Up the Band, starring Judy Garland and Mickey Rooney. I found the film entertaining, and I plowed through Judy’s filmography when I was nine and was exposed to many terrific film stars along the way. 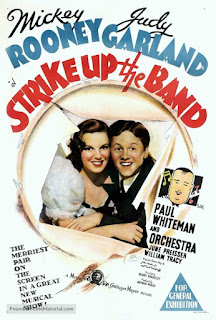 CMBA: What makes a film a "classic" in your opinion?
Hometowns to Hollywood: A classic film is a film that has withstood the test of time and still possesses the power to evoke intended emotions and reactions in its viewers. Essentially, a classic film has captured a piece of magic that other films have not, preserving a moment of delight to be enjoyed for as long as the medium exists. Even if a film were released decades ago, the story depicted in a classic film is still fresh because it is fundamentally timeless and meaningful to any viewer. One can return to a classic film time and again and gain a new understanding of the film with each viewing. Best of all, viewing the film is just as delightful as sharing it with someone else.

CMBA: What classic film(s) do you recommend to people who say they hate old movies?
Hometowns to Hollywood: I usually ask people, “What’s the oldest film you’ve ever seen?” Most of the time, they do not realize the age of some of their most beloved films. Moreover, I usually find that the oldest film some people have seen is The Wizard of Oz, without even realizing its age. Because many people tend to have positive memories of The Wizard of Oz, they warm up to the idea of older films because they realize that they have enjoyed them before. However, I tend to focus on recommending comedies, since everyone likes a good laugh. I find that Singin’ in the Rain is a great film to suggest. I also love to suggest silent comedies from Harold Lloyd, Buster Keaton, and Charlie Chaplin, as well as a long list of screwball comedies and musicals! 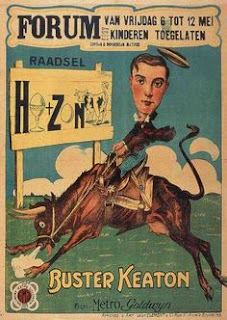 CMBA: Why should people care about classic film?
Hometowns to Hollywood: Classic films are extra special for a number of reasons. I think that people should care especially about classic films because of how groundbreaking these early films can be. Since we are used to modern-day filmmaking, it is often too easy for people to dismiss or overlook classic films. However, it is so important to realize that what is commonplace today was innovative for classic films. Without caring about and enjoying classic films, we do not have a context to understand how films have transitioned to the modern day and how important and long-lasting the efforts of early film pioneers truly are.

CMBA: What is the most rewarding thing about blogging?
Hometowns to Hollywood: The best thing about blogging is that you never know where it will take you. To paraphrase Buddy Ebsen, my passion is preserving what is good about what is now old—over the years, we’ve been taught a fallacy that everything big and new is good, and everything small and old is bad, which is simply not true. As a result, I’ve been able to meet many like-minded people, contributed content to a wide variety of magazines and websites, and am eagerly planning more trips to profile more of my favorite stars. I’ve also started a “Hometowns to Hollywood” film series in the Chicago area, and have also begun doing lecture tours about my blog for various organizations. It’s also pretty enthralling when Turner Classic Movies shares my posts! Maybe you’ll see me hosting a film or two with Robert Osborne one evening. Who knows? My travels have also led me to come into contact with various descendants of classic film stars. It is always a delight to include their input and have that extra personal touch of the start’s family made evident in my posts.

Blogging has also led me to becoming an archivist, as objects are also a great source of history and glee to me. In Waukegan, Illinois, I was able to see comedian Jack Benny’s trunk from his Vaudeville days. The same museum houses a bed in which Abraham Lincoln slept (sitting up—he was too tall!). One is allowed to get into the bed, but are not advised to touch the stage trunk. I love those priorities. Finally, in the not-so-exotic town of Peru, Indiana, I got to play composer Cole Porter’s piano. If I were to focus upon his life when he was already famous, that would take me to his later piano in New York, which has a big “Do Not Touch” sign on it. The same can’t be said for the piano in his hometown! Since my blog focuses on the hometowns of classic film stars, it has afforded me the opportunity to engage in the often overlooked early years of various film stars. 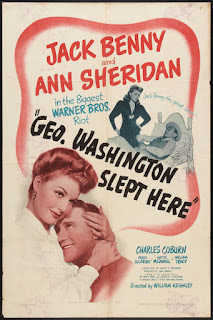 CMBA: What challenges do you face with your blog, and how do you overcome them?
Hometowns to Hollywood: My biggest challenge is to keep up my travels and continue producing new and engaging content for both myself and my readers. I feel like my blog is a scrapbook of sorts and it is so much fun to revisit these trips and see how the legacies of all these classic film stars continue too live on. My goal is to travel to all 50 U.S. states and cover classic film star hometowns in each. I have also been considering producing video content to transition from just writing to possibly creating a series of entertaining video segments. This way, I can “show” in addition to just “telling.” I also think that going international with my trips would be terrific! In short, my excitement for sharing these travels is a major source of motivation—especially when I hear back from my readers or when my articles are shared among them. 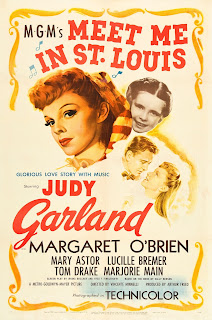 CMBA: What advice would you give to a new blogger?
Hometowns to Hollywood: Theme your blog to something about which you are tirelessly passionate. Write in your own voice and as genuinely as possible, and your enthusiasm for your topic will be infectious. I think that audiences enjoy writing that clearly shows how much joy your interest gives you. This will surely draw others to your writing. Additionally, even though it can be a challenge, try to update your blog as often as you can so that readers will know your blog is current and well maintained. Most importantly, enjoy yourself! 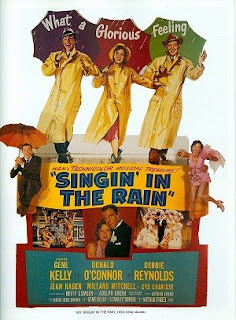 Thank you for joining us, Annette! You can visit Hometowns to Hollywood HERE.
Tweet