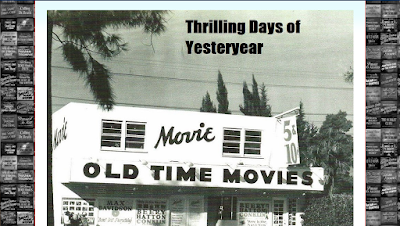 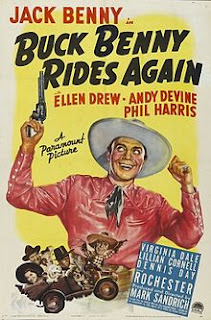 CMBA: What sparked your interest in classic film?
Thrilling Days of Yesteryear: I joke about this with people of my generation a lot, but in the pre-cable TV days, you were lucky if you had three channels to watch.  The irony is: you could always find something on.  You look at the many, many cable stations we get today and you’re lucky if you can find something that’s not an infomercial.
Growing up, TV was a babysitter for me—something I’m sure my parents regretted in hindsight.  But TV was my earliest exposure to classic movies: they ran cartoons with Bugs Bunny and Popeye, comedy shorts with Our Gang and Laurel & Hardy, movies with the Bowery Boys and Abbott & Costello.  I also benefitted from growing up during what was called “the nostalgia boom”: you found a lot of public TV stations showing silent films with Chaplin and Keaton and the like.  I soaked up all of that like a sponge, but I think the biggest spark came when my local library scheduled a showing of the original King Kong (to kind of capitalize on the remake that year).  I sat in front of that, positively enraptured.  To this day, I won’t watch any other version because there’s no magic like the 1933 film.

CMBA: What makes a film a "classic" in your opinion?
Thrilling Days of Yesteryear: It’s difficult to describe, to be honest.  Movie lovers bandy the word about so often that I don’t think anyone will ever reach a consensus on what is or isn’t a classic film.  I prefer to paraphrase the famous observation that Justice Potter Stewart made with regards to pornography: “I know it when I see it.” 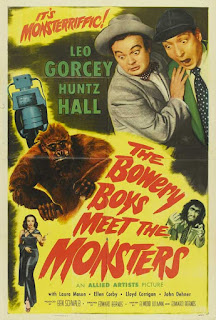 CMBA: What classic film(s) do you recommend to people who say they hate old movies?
Thrilling Days of Yesteryear: I came to the realization a long time ago that if people are determined to dislike old movies…there’s not going to be a lot you can do to encourage them.  Souls much wiser than I have simply explained that kids today don’t like to watch things in monochrome…yet I’ve never been able to comprehend why watching black-and-white videos doesn’t faze them in the slightest.  This isn’t to say that you can’t get something through the cracks now and then: people like The Wizard of Oz and Gone with the Wind and never stop to think about how these flicks are over fifty years old.  My sister’s husband sat down to watch The Pride of the Yankees one time because he was a huge baseball fan…but she hasn’t had much success in the interim.  I think the key is finding a movie with a subject that’s near and dear to the viewers’ interest and hope it takes off from there. 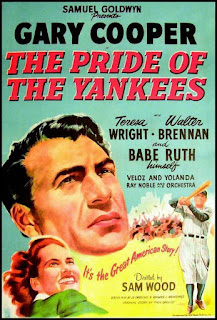 CMBA: Why should people care about classic film?
Thrilling Days of Yesteryear: Even though I’ve adopted the belief that pushing classic movies on people is akin to grousing that kids should eat more vegetables, I do think “caring” about vintage movies is very important.  Films are social documents; they present a look at the past, they capture societal more and trends, they reflect the attitudes and politics of their times.  Anyone who’s ever said “It’s only a movie” doesn’t know what the hell they’re talking about. 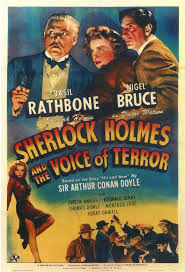 CMBA: What is the most rewarding thing about blogging?
Thrilling Days of Yesteryear: There’s nothing rewarding about blogging—a (non-classic) movie blogger once described their blog accurately as “my tedious, time-gobbling, no-paying labor of love.”  Other than keeping me out of the pool halls and the county lock-up I’d be hard-pressed to describe any benefits.
Okay, I’m just being a little facetious.  The most rewarding thing for me was that a number of influential people read my maniacal scribblings and said “Hey—we would like you to do this for us, and we will actually pay you!”  I can’t make a guarantee to anyone that this will happen to everyone who decides “Perhaps a blog is in order…” but I was able to get gigs with places like Radio Spirits and ClassicFlix, and for that I am most grateful. 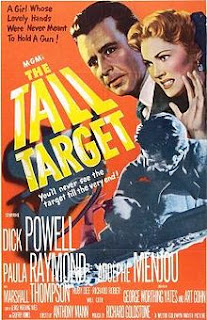 CMBA: What challenges do you face with your blog, and how do you overcome them?
Thrilling Days of Yesteryear: The biggest challenge I face is actually putting something up on the blog…and I haven’t overcome that yet.  In my defense, I’m usually working on something for Radio Spirits or ClassicFlix—but now that the move is over and done, I’m hoping to get back into a semi-regular blogging schedule.
CMBA: What advice would you give to a new blogger?
Thrilling Days of Yesteryear: In my experience—it’s all about the writing.  If you write well and with passion about your subject, you can avoid a lot of the gimmicks that folks sometimes resort to in order to get eyeballs to a site.  Nothing sucks me in faster than a well-written blog post. 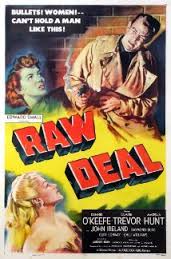 Thank you for joining us, Ivan! You can visit his blog by clicking HERE.