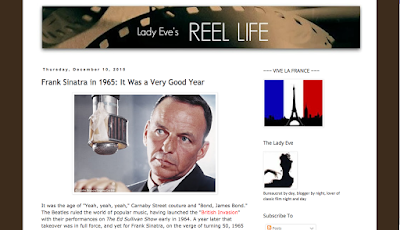 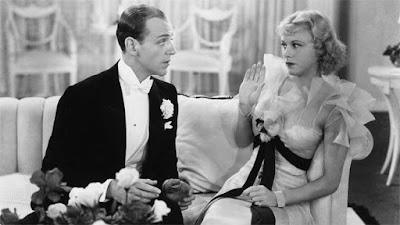 CMBA: What sparked your interest in classic film?
The Lady Eve's Reel Life: I was raised on the films of Hollywood’s Golden Age thanks to TV, plus my mother grew up in that era and loved movies, so it was a combination of nature and nurture, I think.

CMBA: What makes a film a "classic" in your opinion?
The Lady Eve's Reel Life: A “Classic” in my world is a film that remains interesting and/or relevant no matter what year it’s from. Generally, films that stand the test of time are blessed with a strong director, screenwriter, composer and other technical elements; they are always well cast (with or without stars) and tend to deal with universal themes. 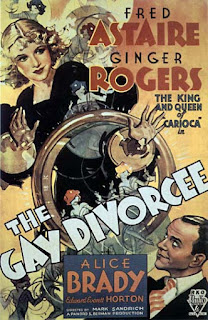 CMBA: What classic film(s) do you recommend to people who say they hate old movies?
The Lady Eve's Reel Life: Years ago I wanted to introduce one of my young godsons to classic film. This was in the “Little Mermaid,” “Ninja Turtle” era and VCRs were still in common use. I thought Hitchcock might be the way to go, particularly some of the films from his Technicolor years in the mid/late ‘50s. Rear Window was the first, and I made a point of trying to emphasize the mystery. For example, at the moment when the sound of a glass shattering and Mrs. Thorwald’s scream is heard I asked him, “Did you hear that? What do you think happened?” He was intrigued and re-wound the tape of that scene over and over (of course). In the end, it worked, he loved it. Next came North by Northwest.  I think most of Hitchcock’s best American films, from Rebecca to Psycho, would be good introductions for those who say they don’t like “old” or “black and white” movies. 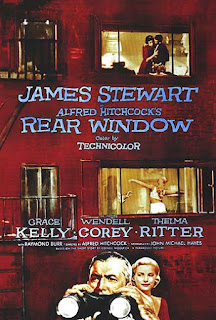 CMBA: Why should people care about classic film?
The Lady Eve's Reel Life: You can’t make anyone care about a subject they have no interest in, but if a person has any level of passion for movies, delving into the classics will enrich that passion a thousand-fold.

CMBA: What is the most rewarding thing about blogging?
The Lady Eve's Reel Life: Well, I love to write and I love to research and I love classic film, so combining all those loves into one process is very rewarding. What makes blogging even more worthwhile is the response of those who comment on my blog posts – I always answer comments, by the way. 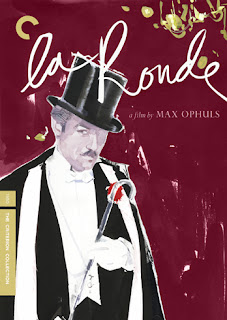 CMBA: What challenges do you face with your blog, and how do you overcome them?
The Lady Eve's Reel Life: To avoid getting stale I began to mix things up on my blog by focusing on different approaches and subjects: reviews, profiles, interviews, covering film festivals and events, and trying the occasional slightly unconventional piece. One off-the-wall post I enjoyed doing evolved into a look at the career of Hollywood hairstylist Sidney Guilaroff. It began when I read a short article on the popular French stylist who created Marie Antoinette’s outrageous hairdos in the ­­­­18th century. I was able to take that bit of French history and make my way to the MGM spectacle, Marie Antoinette (1938), on which Guilaroff worked, and then take it from there to briefly profile his career as well as the history of a couple of iconic hairstyles. It was a lot of fun. 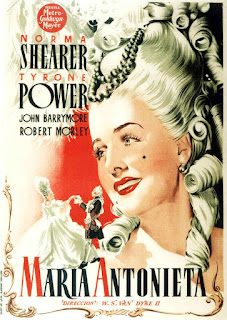 CMBA: What advice would you give to a new blogger?
The Lady Eve's Reel Life: Work on developing your own distinct voice and look for fresh perspectives. So many of these films have been written and written and written about over the decades that it can seem there’s nothing new to say. Good example: I wanted to tackle Vertigo a few years ago. Even though it hadn’t yet been selected by Sight & Sound’s critics as the greatest film ever, it had already been sliced and diced to pieces for decades. So, I decided to create a month-long event; it wasn’t exactly a blogathon, though many bloggers participated. Each blogger approached the film from a different angle: its roots as French roman noir, the major and minor performances, Bernard Herrmann’s score, etc. 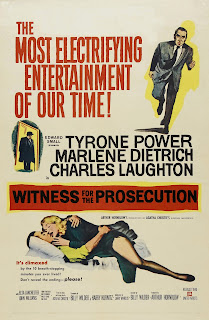 Thank you for joining us, Patty! You can visit her blog by clicking HERE.