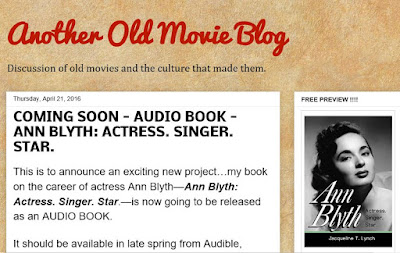 The CMBA profiles two classic movie blogs per month – on the 1st and the 15th. Today we're celebrating Jacqueline from Another Old Movie Blog.

Reading through Another Old Movie Blog is like sneaking into a film historian's library.

Here you'll find reviews and film history on subjects and actors not often discussed. Once you click on this site, you might as well get comfortable – you'll likely be perusing it for the rest of the afternoon.

In addition to her blog, Jacqueline is also the author of the recently released biography Ann Blyth: Actress. Singer. Star. This is the first published comprehensive biography of Ms Blyth. Jacqueline says the idea of a book began with the "Year of Ann Blyth" series on her blog.

"It prefaced a year-long fascinating journey for me," says Jacqueline, "and led to the publication of my book on Ann Blyth. That post started it all–where readers left comments suggesting that I write a book."

You can read the series introduction HERE. 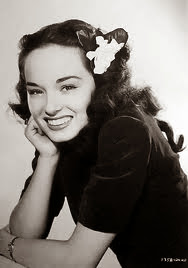 CMBA: What sparked your interest in classic film?
Another Old Movie Blog: I’ve always watched classic films, from my earliest memory.  There were four TV channels when I was a child, and old movies were a common filler on all networks. My parents and older siblings watched classic films, so I grew up in an environment where they were a normal part of my life. At some point I began to perceive that the things happening in the movie happened a very long time ago, and that intrigued me. I became aware this was a window to the past, and with every movie, I was a time traveler. 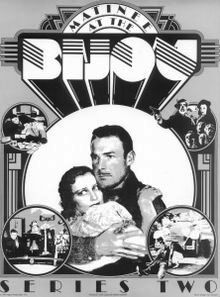 CMBA: What makes a film a "classic" in your opinion?
Another Old Movie Blog: Movies made before 1965, preferably before 1960. The “classic” in classic films, to me, has nothing to do with timeless quality. It is merely a time-stamp. There are classic films and post-classic films, just as there is the Renaissance and the Regency Period, the Antebellum years, and the Great Depression. Eras. That’s all, no judgment call as to whether one was better than the other. It’s just a category to define studio-era films.

Bawh-ha-ha-ha. There, now that I’ve gotten that off my chest. I suppose I would show them The Best Years of Our Lives (1946), because it appeals to both men and women, and reaches anyone from whatever perspective they carry. From the first moments when we see those prosthetic hooks on Harold Russell, the movie is gutsy and full of heart in an honest and forthright way. We are taken in by Dana Andrews’ post-traumatic stress, by his failure to fit in with the America he returns to after the war; with Frederic March’s restlessness and heavy drinking; with the women of the story who are real and torn, and brave. It breaks your heart. It’s romantic, and frank, and sentimental, but always unblinkingly serious and never asking for pity. I think anyone can relate to it and become interested.  You get sucked into the story from the first moments, and the hold it has over you lingers long after fade out.

Actually, I remember years ago, probably 30 years ago now, a woman I worked with told me about the plot of a movie she had seen very late the night before. She didn’t know the name, but she was up because she couldn’t sleep, and then the movie had her so riveted she just couldn’t get to bed until she’d seen the end of it. I listened, enjoying her description, watching the expressions change on her face as she told me the story. Then I replied,

The thing that was so terrific was that she seemed overjoyed that I knew about the movie. She wanted to share it with someone in a way that was more than just talking about it. She wanted me to feel it the same way she did. She wasn’t a classic film fan, but we connected over a movie that was made before either of us was born, was in black and white, and had everything to do with our parents’ generation and not with ours. But that didn’t matter. It belonged to us now. 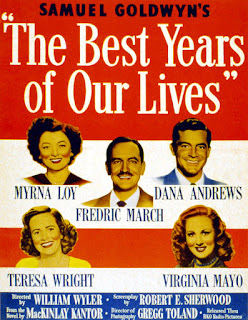 CMBA: Why should people care about classic film?
Another Old Movie Blog: Classic films are the primer on our history and our pop culture.  I discuss this, and how I feel classic films should be taught in school, in my post from January, the first in my monthly year-long series this year on the current state of the classic film fan.  I go into it more in depth there, but the upshot is we need to know who we are, and classic films show us a big part of who we are.

CMBA: What is the most rewarding thing about blogging?
Another Old Movie Blog: Connecting with other film fans, or even newcomers to classic film. It’s a joy to read comments and to communicate through the blog and through email. I learn a lot. 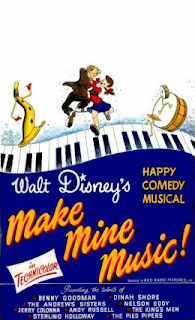 Another Old Movie Blog: The biggest challenge is a lack of time. I blog once per week, and sometimes it’s difficult to get that in, especially when I write the longer, more in-depth posts. But there is no lack of subject matter. I have enough to write about for the next million years. I just need the time.

CMBA: What advice would you give to a new blogger?
Another Old Movie Blog: Take care not to repeat “facts” that are not true, and not to treat tired old rumor as gospel. Check your facts, verify them. Classic film bloggers are replacing film historians as the chroniclers, even the arbiters, of film history. Take your responsibility as such seriously. Your words are going to bounce around the Internet forever. Make sure you’re right. 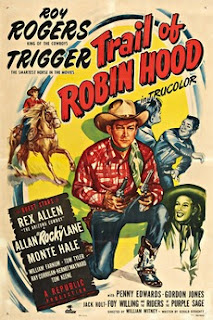 Thanks for joining us, Jacqueline. You can visit her blog by clicking HERE.
Tweet