CMBA Blog Profile: Once Upon a Screen 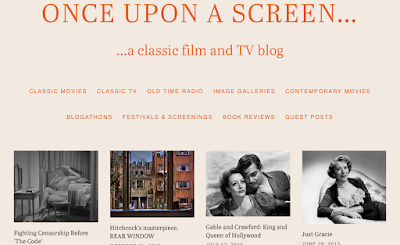 The CMBA profiles two classic movie blogs per month, on the 1st and 15th of the month. Today we're featuring Aurora from Once Upon a Screen.

The site Once Upon a Screen is like an online film festival, organized and presented by writer and Movies and More co-host Aurora.

Aurora presents a stunning variety of films – plus celebrity bios and classic radio/television shows – with a wealth of knowledge and a delightful sense of humour. Like most people who organize film festivals, she clearly has a passion for movies and the stories behind them.

One example is her recent spotlight on the Billy Wilder and Jack Lemmon collaboration.

“The blog posts that are most memorable to me personally are the ones I had the most fun writing, such as ‘The Wilder-Lemmon Affair’,” says Aurora. “They are one of my favorite directors and one of my favorite actors. I enjoyed reading (again) how two people whose work I admire also admired and appreciated each other. Together these two men encompass what I love about film – when the heart and the intellect coalesce to form the perfect whole.” 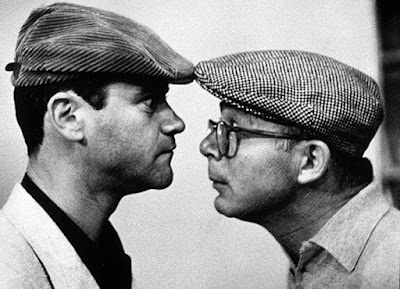 CMBA: What sparked your interest in classic film?
Once Upon a Screen: It’s rather strange I think that I was drawn to classic movies on my own, naturally, as a matter of circumstance. I arrived in this country at age five. A relative gave us an old TV and I just gravitated to old movies. I credit them with teaching me the English language much more so than I do going to school. These movies – MGM musicals in particular – were a welcoming to my new home where for a time I thought people actually danced in the streets. It was after I’d discover each movie and actor that I realized my parents knew them also, having seen them in theaters in Cuba. I remember seeing Delmer Daves’ Dark Passage and running to my mother after it was over to ask, “Do you know an actor named Humphrey Bogart?” She replied as she would countless times thereafter with a shout out to my father, “Oh, for heaven’s sake. Did you hear what she asked me?” I had no idea at the time that my parents were slightly cool or that these were old movies. To me, they were of the moment and, in some ways, remain so. 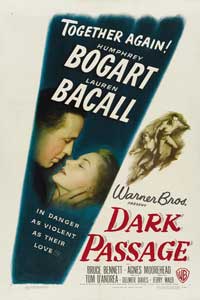 CMBA: What makes a movie a “classic” in your opinion?
Once Upon a Screen: A classic is timeless. It is forever relatable in some way or possesses a level of entertainment that can be enjoyed by all people for all time. A classic is, in my mind, story and character-driven. And yes, there is a year stamp associated with classics although the year is not etched in stone. For me it is approximately 1968. Although I enjoy many movies made after that year, some of them timeless in their own right, “classics” for me are older, made during the studio system and/or its immediate remnants.

CMBA: What classic film(s) do you recommend to people who say they hate old movies?
Once Upon a Screen: Billy Wilder. Wilder's movies are universally-themed, fast-moving and compelling. From his impressive filmography I’d recommend Double Indemnity, because who doesn’t love getting caught up in the sexy mystery of it all? Straight down the line. It’s impossible not to be affected by all of it. Back-ups would be Alfred Hitchcock’s Notorious and Joseph Mankiewicz’s All About Eve. Both of these "dreaded black and white movies" allow for quelling the initial curiosity of a newbie who wants to watch screenland’s biggest stars, while offering interesting stories that grab you from the get-go. 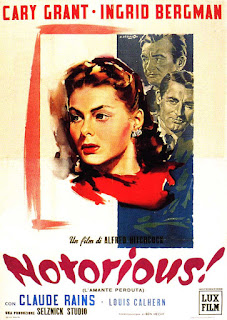 CMBA: Why should people care about classic film?
Once Upon a Screen: Film is our greatest, most influential art form. It has – throughout its history – held up a mirror to society in a way no other medium has done. As such, it must be preserved as carefully as all historical artifacts. More importantly, perhaps, is the medium’s ability to transport and entertain us, a value that will never go out of style. I’ll add one more thing: People should care to take a look at classic movies because so many things we see in movies today have already been done before. And they've already been done better. 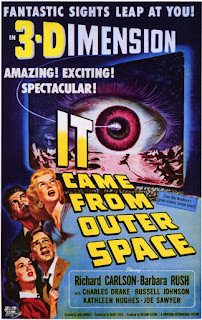 CMBA: What is the most rewarding thing about blogging?
Once Upon a Screen: By far, the community it has introduced me to and the ever-present opportunities to learn more about movies and Hollywood history in general. Before I started blogging about classic movies, I had no idea so many others loved them as I much as I did. Being a classic movie fan had always been a rather lonesome endeavor until I realized that through my blog, and associated social media accounts, I had opportunities to “meet” like-minded people and learn from them. It’s turned out to be the gift that keeps on giving. 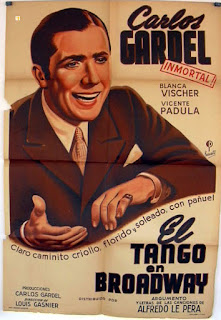 CMBA: What challenges do you face with your blog, and how do you overcome them?
Once Upon a Screen: There are two major challenges. I’d say the first is time. I wish I had more to spend on the blog, to offer something of value. The other is being unique; offering something other than your run-of-the-mill movie commentary, to stand out from the crowd. For instance, I’ve wanted to start a regular series for quite some time, but could only manage the Friday Foto Follies pictorials. While this series offers a means through which I get the images I love out of my system, it does little more than that.  Maybe someday I can do something along those lines of greater value.

CMBA: What advice would you give to a new blogger?
Once Upon a Screen: (1) Have fun. Blogging can become work all too easily, which can be overwhelming for those of us with full-time jobs, families, etc. If it’s not fun, it’s not worth it.
(2) Whatever you share, let it be your voice and no one else’s. 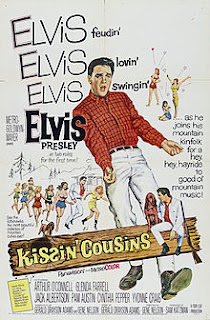 Thank you for joining us, Aurora! You can visit her blog by clicking HERE.
Tweet

Labels: Classic Film, Classic Movie Blogger, Once Upon a Screen