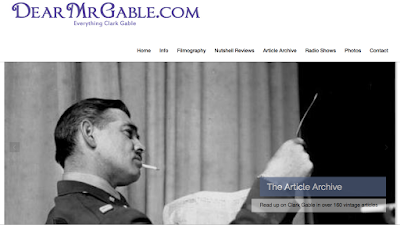 The CMBA profiles two classic movie blogs per month, on the 1st and 15th of the month. Today we're featuring Meredith from DearMrGable.com.

Meredith of DearMrGable.com has created the ultimate online tribute to Gable, one that includes his filmography and brief reviews of every film he ever made, along with a listing of his radio show appearances, a photo gallery and biographical information.

Meredith also tackles the gossip that surrounded Gable’s career and personal life, even the rumors about his marriage to Carole Lombard.

“Other than his role in GWTW,” says Meredith, “the most popular subject when it comes to Clark Gable is his relationship with Carole Lombard. Tired of hearing people repeat unsupported rumors, I wrote a piece about their relationship a few years ago that has since become the number one hit on my site.”

You can read Meredith’s findings on Gable and Lombard HERE. 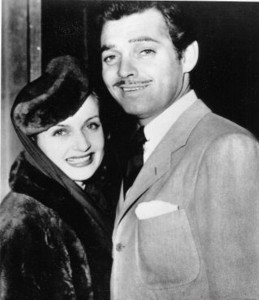 CMBA: What sparked your interest in classic film?
DearMrGable.com: I'm one of those people who like to say I was born in the wrong era. As a child in the 1980's I liked Cinderella and Sleeping Beauty more than The Little Mermaid. When I was a preteen, I watched Nick at Nite endlessly – The Dick Van Dyke Show, Bewitched, The Donna Reed Show, Mister Ed. My grandparents used to show me 1950's musicals that they rented from the library. I've always been drawn to the past.

CMBA: What makes a film a "classic" in your opinion?
DearMrGable.com: Not everything that is "old" is classic. A classic to me is a film that embodies its decade, that has a great script with a great cast and just plunks you down into their era.

CMBA: What classic film(s) do you recommend to people who say they hate old movies?
DearMrGable.com: Since my blog is focused on Clark Gable, I'll stick to his films. Everyone should see Gone with the Wind, absolutely without question. I know plenty of people who don't like classic films in general but appreciate GWTW. The film I always point people to after GWTW is It Happened One Night. You don't have to love classic film to appreciate the fantastic script and undeniable chemistry between Gable and Colbert. Both of those films are absolute musts. 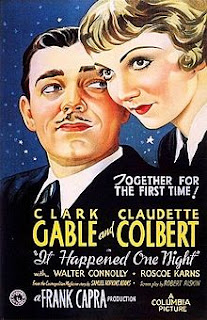 CMBA: Why should people care about classic film?
DearMrGable.com: In this day and age of sequels and re-dos, it's refreshing to go back and experience what Hollywood was like as it was just beginning. Those days of glamour and glitz are gone and, while I'm not one of those people that says everything Hollywood releases nowadays is junk, it's nice to go back and look at stars who didn't Instagram what they had for breakfast every morning. 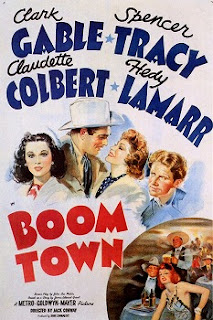 CMBA: What is the most rewarding thing about blogging?
DearMrGable.com: The people I meet! I receive fascinating emails from people all over the world, some of which I've met in person. It's nice to know there are passionate fans like me out there.  Also, my blog has taken me on research trips to Ohio and Los Angeles, where I've really felt connected to Clark Gable as a person. There's something about following in someone's footsteps that makes that person more real to you.

CMBA: What challenges do you face with your blog, and how do you overcome them?
DearMrGable.com: When I started my blog in 2009, I bought a book on coding and literally coded the entire website from scratch. I was very happy to move over to WordPress later! I also have a photo gallery and a Facebook page in addition to trying to research material for the blog, and at times it can be overwhelming, but at the end of the day it's a hobby that I truly enjoy.

CMBA: What advice would you give to a new blogger?
DearMrGable.com: You definitely have to have a passion for your subject – whatever that may be. It'd be hard to keep churning out new information if you don't have that motivation. It will be difficult to continue year after year. 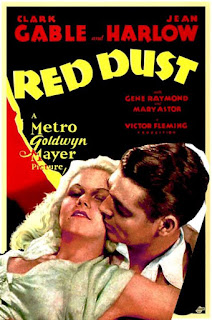 Thank you for joining us, Meredith! You can visit DearMrGable.com by clicking HERE.
Tweet