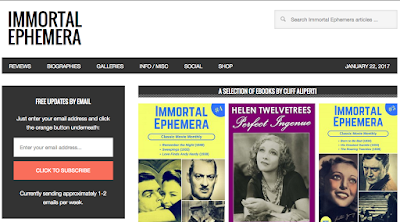 Visiting Immortal Ephemera is like wandering through a hip urban market filled with rare vintage finds.

Like any good market, Cliff's site offers a striking assortment of treasures. There are eBooks, collectibles and monthly publications, along with probing articles on lesser-known films and actors from the 1930s.

"It took some time for me to work up the nerve to start posting my own classic film-related writing," says Cliff, "but I've both written about and enjoyed classic movies for a long time now, so it was mostly a matter of combining those passions."

Cliff likes to include history, research and opinion in each film review. One example is Wild Boys of the Road (1933).

Another example of Cliff's classic movie passion – along with his zeal for research – was a post on the actress Helen Twelvetrees. "I spent a lot of time on it," he says, "and I decided I needed to know more." His ensuing research resulted in his book, Helen Twelvetrees, Perfect Ingenue.

You can read Cliff's original post on Helen Twelvetrees HERE. 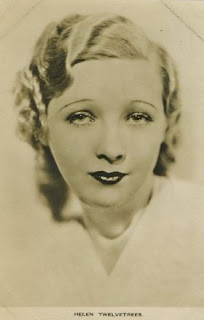 CMBA: What sparked your interest in classic film?
Immortal Ephemera: The limited TV options of youth: kind of a lousy answer when you realize how little it applies today. There’s so many different ways to watch TV now that you have to proactively seek out the classics. I just bumped into them. My family didn’t pony up for cable until I was eleven or twelve years old (of course, I felt like my family was the last to get it!), so my preteen years were spent with just the basic handful of channels. A lot of (most of?) the movies that played—especially on WOR-9, WPIX-11, and PBS—were old black and white movies. Holiday programming stands out in memory, especially Universal horror at Halloween, King Kong (1933) at Thanksgiving, and Jimmy Stewart at Christmas. By the time that Turner brought all of those oldies to his channels in the late ‘80s, my late teen years had naturally prescribed an unhealthy dose of television: suddenly, there were all of these new-to-me movies playing on TBS and then TNT. Old AMC was great as well. 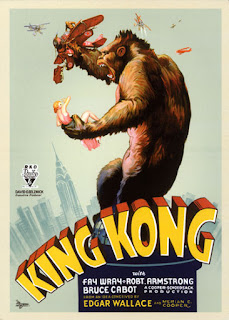 CMBA: What makes a film a "classic" in your opinion?
Immortal Ephemera: Well, that’s the toughest nut for our crowd, isn’t it? By strictest definition, anything of lasting importance crafted in the highest quality. It may sound funny, but I only have a passing interest in classic film, at least by that definition. What I love are old movies, especially movies released between the wars, most especially movies of the 1930s, a decade whose movies often celebrated the Roaring Twenties from first-hand experience, while also presenting juicy contemporary slices of life from the Great Depression. People my age often cite the more recent classics that they grew up with, titles like Jaws (1975) or Star Wars (1977) as classics, and that’s great—they fit my own definition. But I find myself more pulled to the background history of the films and the actual stories they tell, rather than any personal nostalgia for them (with many exceptions, of course—hey, I like Jaws and Star Wars too!). And the stars. Even the extras had an aura about them back then. 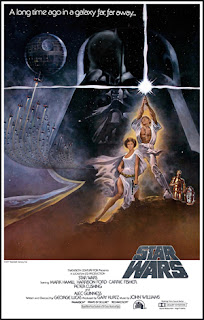 CMBA: What classic film(s) do you recommend to people who say they hate old movies?
Immortal Ephemera: Most often I try to shock them out of the gates with some pre-Code. Hey, I want them to like what I like! Baby Face (1933) is a favorite in that regard, and the more salacious Warren William titles are usually front and center as well. Cagney of any era usually goes over, and if the earlier movies don’t work, a faster paced crime/noir title, something like The Narrow Margin (1952) or The Asphalt Jungle (1950) may come in handy. I definitely try to match the selection to the personality, so if an old title comes up too often in conversation with a friend (like twice!), then they’d better be prepared to witness it if they dare sit on my couch!

CMBA: Why should people care about classic film?
Immortal Ephemera: Old movies offer good, simple stories, usually told without any further pretense than moving from point A to point B, maybe a little further. They’re often populated by stars who grab you with their personality, their talent, and sometimes both. Even the messiest old movie often offers something worth enjoying, if not remembering—whether it be a performance, a story, a style, the lighting, costumes or design, a jaw-dropping moment, or a thirty-second bit performance that you walk away remembering more than anything else about the film. They often manage this is just 60-70 minutes, and if they dare keep you entangled for 90-120 minutes, then you can bet they needed to do so, and you’re probably not going to mind. Sometimes they age badly, but hold camp value that give you your own MST3K moments. Old movies are entertaining, often on multiple levels. 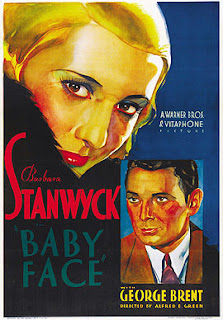 CMBA: What is the most rewarding thing about blogging?
Immortal Ephemera: The obvious, interaction with readers, but I definitely have a favorite type of interaction. Nothing is more exciting than happening upon some discarded old title that I haven’t heard about before, watch for the first time, and LOVE. I’ll often watch such new-to-me discoveries a half dozen times over a couple of weeks, which inevitably leads to a blog post about the movie. For that kind of movie, I’m trying to make the sale—I love it when somebody tells me they watched the movie because of my article. Of course, this is followed by the inevitable proprietary jealousy felt when others take up the cause and start selling “my babies.”

CMBA: What challenges do you face with your blog, and how do you overcome them?
Immortal Ephemera: Posting enough, especially when I’m working on writing that isn’t intended for the blog. It’s amazing how fast a week or two can pass, and suddenly you realize you haven’t posted. Will subscribers remember me? Am I butting in on them now, or are they waiting for me? If you’d asked me a few years ago, I’d probably mention tech issues, but even a self-hosted Wordpress site is pretty much a breeze these days. I’m also notoriously lousy with deadlines, which keeps me away from most Blogathons now, but I do like to think I’m improving on this. My new monthly eBook is part of my self-imposed effort to make deadlines, and so far, three issues in, I’ve made it every time. Knock wood. 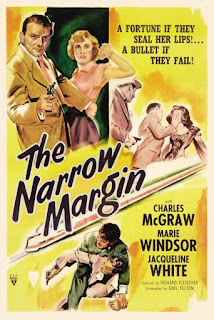 CMBA: What advice would you give to a new blogger?
Immortal Ephemera: Post quality material often. Stress on quality, but the only hard and fast rule on this is being proud of what you’ve put out there. Knowing you’ve done your best. I’d recommended posting at least 2-3 times per week starting out. Get to know the classic blogger community by reading and commenting upon other blogs (recommended: the CMBA blogroll). Admittedly, I don’t comment nearly as much as I would like, but it’s a case of do as I say, not as I do! Anyway, if you’re taking the time to comment, the best comments show that you’ve read the post, and are continuing the conversation. Also, you’ll want to take advantage of those social media links leading to your favorite bloggers’ profiles. Share their stuff, they’ll notice you. I know I will! 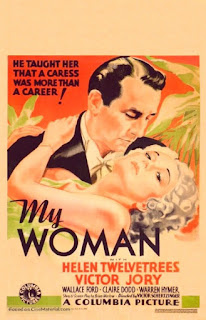 Thank you for joining us, Cliff! You can visit Immortal Ephemera by clicking HERE.
Tweet