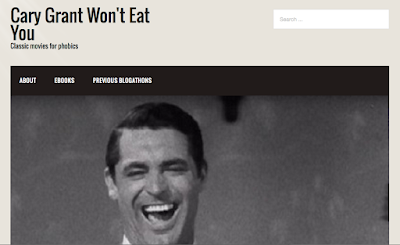 Cary Grant Won't Eat You has a Mission: To introduce classic movies to "phobics".

In many ways, it is the perfect site to "convert" newbies to classic film. Leah's site is witty, original and has lots of personality. It makes classic film feel accessible.

"My two sisters, both movie enthusiasts, have yet to give classic films a chance in spite of years of pleading," says Leah. "They consider classic movie stars inadmissible in the Six Degrees of Kevin Bacon game and resent when I win Scene It? at Christmas. My failure to convert them is a main reason I wanted to blog."

Leah is a big fan of Mae West – and you will be, too, after perusing her website – but she says her favourite film is Ball of Fire. "In trying to get friends to give old movies a chance, I often start with Ball of Fire," writes Leah, "mainly because I know many English majors/graduate students, few of whom predict what delights are waiting for them in this 1941 classic."

You can read Leah's post on Ball of Fire HERE. 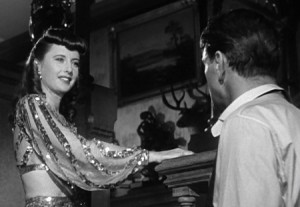 CMBA: What sparked your interest in classic film?
Cary Grant Won’t Eat You: I was dismissive of classic movies as a kid, partially due to my mother’s love for schmaltzy Hayley Mills flicks. I caught part of Ball of Fire and Bob Dorian’s commentary on it in high school, then searched AMC till I saw it again. How could I believe black-and-white film inferior while viewing those eyes in the dark, or that riveting matches scene? How could I believe all classic film actresses were stagey while witnessing Stanwyck’s naturalism? That was the beginning. 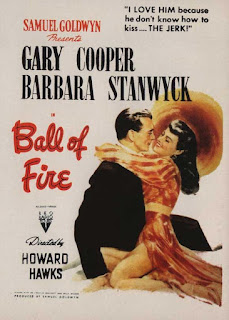 CMBA: What makes a film a "classic" in your opinion?
Cary Grant Won’t Eat You: If a film is within my era, I can’t know whether it’s a classic. That’s why best-of lists are so aggravating. I recently saw Step Brothers listed as one of the best comedies of all time. I enjoyed the movie. But all time? We can’t trust ourselves to predict masterpieces when nostalgia is involved. (I always imagine the 80s films I’d shove into the canon, given the chance.) Distance and perspective, even a generation or two, are essential. 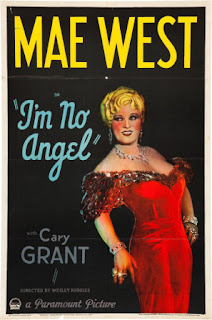 CMBA: What classic film(s) do you recommend to people who say they hate old movies?
Cary Grant Won’t Eat You: Ace in the Hole for political/news junkies. Scarface (1932) for black-and-white skeptics or crime film buffs. The Awful Truth for comedy fans. I’m No Angel for anyone who considers classic films old-fashioned. If Mae West can’t shock and delight you, I give up. 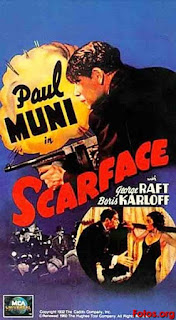 CMBA: Why should people care about classic film?
Cary Grant Won’t Eat You: I’ve been thinking a lot this fall about A Face in the Crowd and Ace in the Hole, films that have predicted where we’ve come politically and culturally. Would we be where we are, had more people watched them? Great films build empathy, understanding, and humor, and classic movies have been vetted for those qualities over time. Plus, on a slim pickings movie night, we can always find a good classic. A good Ashton Kutcher vehicle? Not so much.

CMBA: What is the most rewarding thing about blogging?
Cary Grant Won’t Eat You: The community. I’ve spent much of my life as a solitary classic film viewer, with few family members and friends who love them, and fewer still who know much about them. What a pleasure to discover so many classic film buffs who can introduce me to so much joy. 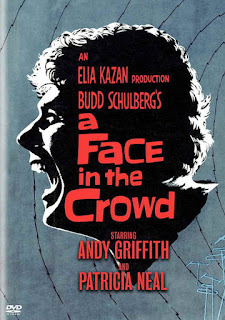 CMBA: What challenges do you face with your blog, and how do you overcome them?
Cary Grant Won’t Eat You: Time. And focus. Blogathons are a lifeline. And when a veteran blogger I admire comments on my post, what a motivator it can be! I’ve had several lulls during this past summer and fall, which was a challenging time for me. When I posted again after a long break, there were a few bloggers ready to encourage me. What a gift.

CMBA: What advice would you give to a new blogger?
Cary Grant Won’t Eat You: Stick it out for the first three months. Only your mom is reading, it’s true. But keep with it, and start commenting on similar blogs. You’ll be part of the conversation right away, which helps combat the initial solitude. 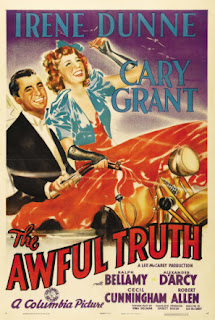 Thank you for joining us, Leah! You can visit Cary Grant Won’t Eat You by clicking HERE.