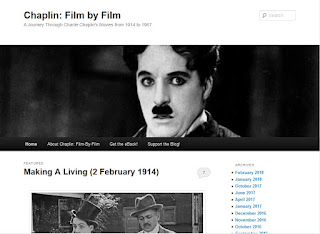 
Here are Brian's answers to our questions:

What sparked your interest in classic film?
In the 1980s, the BBC in the UK used to screen weekend matinees of classic movies, and on weekend late nights there’d be old horror movie double bills. Over holidays like Christmas and Easter there’d often be special seasons of Chaplin movies or Hitchcock movies or a Screwball Comedies season—it was basically a film education through stealth. That was where I first saw all the Laurel and Hardy movies (I eventually wrote a guide book to all their films). I used to watch these movies, often in the company of my Dad, unconsciously soaking up all the information I could. It led to me studying Film & Television at Glasgow University, then pursuing a career in entertainment journalism. That in turn led to me becoming a published author… gosh, for 25 years now, writing biographies of film stars, books on directors, or genres, like Silent Cinema.

What makes a film a "classic" in your opinion?
The ingredients are hard to define, and they can’t be manufactured. The Hollywood studio system was geared to mass produce movies in the Ford factory style, but despite that individual stars and directors carved a niche. It’s the combination of screenplay, director, the right stars, and serendipity. Often, though, a ‘classic’ movie can simply be in the eye of the beholder—there is something or some combination of things that simply attracts you to the movie. 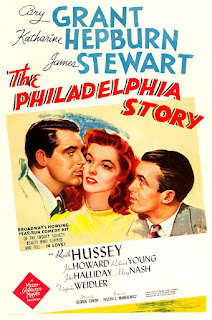 What classic film(s) do you recommend to people who say they hate old movies?
A screwball comedy usually does the trick, Bringing Up Baby or The Philadelphia Story, both of which feature combinations of my favourite actors: James Stewart, Cary Grant, and Katharine Hepburn. His Girl Friday is a nice, accessible, yet fast paced film that can easily draw in someone not used to watching ‘old’ movies.

Why should people care about classic film?
It’s simply part of our cultural history that needs to be kept alive. It takes effort these days, as there are fewer chances for people to simply encounter these movies in the way I did growing up. In an ‘on demand’ world where (almost) everything is instantly available, you have to know what you're looking for. While having access to so much is great, the way movies are watched today precludes accidental discovery, especially by younger folk—you have to have the interest (perhaps inherited from parents) in order to seek out older films.

What is the most rewarding thing about blogging?
Engaging with a community of readers is the reason for doing it. With Chaplin Film by Film, I’ve given myself a firm structure. From 2014, I opted to cover each Chaplin movie 100 years to the day after release. That worked fine for the first three years or so, but as Chaplin slowed down his output, it was clear that is I kept up the 100 years later thing, I myself would be 100 years old by the time I hit 1967’s final Chaplin movie A Countess From Hong Kong. With that in mind, I’ve embarked upon monthly entries to cover the rest of Chaplin’s output, which’ll take me through to the end of 2019. After that, who knows…

What challenges do you face with your blog, and how do you overcome them?
I’m a professional writer, so the biggest challenge when I earn a living from producing words is finding the time to do the same thing for the simply pleasure of it. The structure I was following, however, gave me deadlines, so that tends to focus the mind. Beyond that, it is simply the constant challenge of finding new angles on things and trying not to simply repeat what people have written before or to fall into ‘received wisdom’. It’s difficult, but the ideal outcome is to find something new to say.

What advice would you give to a new blogger?
Make sure you are writing about a passion, as that’ll get you over any humps in the road. It is a commitment, so give some thought to the long haul—why are you doing it and what do you want to get out of it? Is this the right outlet for the kind of self-expression you are seeking? And make sure you’ve got something to say, as you can’t afford to bore potential readers.

Thanks for the interview, Brian! We'll see you and the little Tramp online!
Tweet