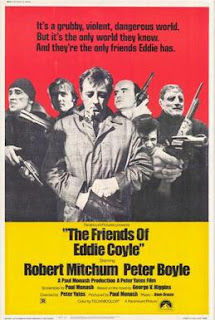 Here are her answers to our questions:

I’ve always loved history, and in fact majored in it in college, even though I went on to become a scientist.  I’d always enjoyed films about earlier times or made in the ‘classic’ era, but didn’t really become “obsessed” until about 2010.  It was then that I attended a local screening of Buster Keaton’s Steamboat Bill Jr. with live orchestral accompaniment.  I then had to watch everything Buster ever made, then moved on to Chaplin, then on to films from the early sound era….and when I found the amazing community of classic film lovers on Twitter and in the blogosphere, I decided I really needed to make watching and writing about classic film a major hobby.

When I tell people I like classic film, I have my own personal definition, which is twofold: a) any film during any era that has earned staying power through audience and/or critical acclaim, so by definition probably needs to be at least 20 years old to earn its ‘staying power’, and b) any film that was made before, say, 1970.  I find (a) to be a more traditional definition, but for me (b) is meaningful also because every film is a valuable cultural and historical record -- I am so interested in that.

I haven’t had much luck with this, but generally I think it’s best to try to pick films that have aged well, or perhaps don’t show their age quite as much as others.  Some people are turned off by older acting styles, etc., or films that are dialogue-heavy.  A film like The Manchurian Candidate has a lot of fascinating things going on, and is always compelling, with big stars that may attract some. It also is in black-and-white and may help a viewer get over any black-and-white phobia.  Those more inclined to comedy may love Some Like It Hot – can’t go wrong there!  I also think All About Eve is a great one to reel people in, and for those who may appreciate a Western, the original 3:10 to Yuma is great drama. 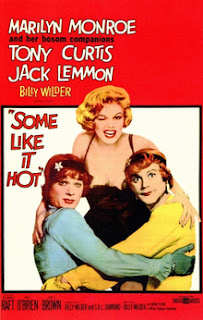 It’s an amazing art form and historical record at the same time.  That’s number one.  Number two is classic film is an entertainment treasure trove that’s virtually impossible to exhaust!

Not sure yet, since I’ve been at it only a little over two years.   For now, I would say it provides an outlet to share my enthusiasm for the minutiae of whatever film subject I’m writing about – it saves me from putting my friends and family to sleep with all my talk (haha).  Also, by participating in blogathons and being part of a blogging community, I learn so much and stretch myself.  Ultimately, learning about classic film makes me really happy, and is a huge reason why I blog.

The primary challenge for me is, like many others I have a number of things going on in my life, and blogging regularly requires prioritizing it.  So at times my challenge is finding or dedicating the time required.  Of course, blogging is its own reward, as I mentioned in my answer to the previous question, and the satisfaction I derive from producing a good post is motivation.  Second, while sometimes the topic and content of a post come easily, other times I struggle with coming up with a good topic – I wonder if too much has already been written on the subject, or whether it will interest my readers, etc.  I overcome this by just noodling around for a while weighing different approaches, and then just starting to write – usually the post falls into place.  Finally, I am still working on my ‘niche’ – do I write predominately for the passionate group of classic film aficionados, or do I write for those who may be new to classic film and want to explore?  Ideally I want to be accessible and interesting to both audiences – would love other CMBA members perspective on that dilemma!

Technology has made setting up and maintaining a blog pretty easy, so don’t be intimidated by that.  I would also suggest allowing your own voice to come through in your blog posts – the best bloggers in my opinion have a definite writing style that’s fun to read. Finally, meet other bloggers by joining blogathons and embrace the community! That helps to keep motivation up.

Thanks so much, Jocelyn! Keep on obsessing for us!
Tweet