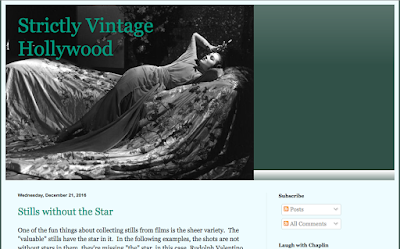 Strictly Vintage Hollywood is a prime example of what makes the CMBA an exceptional organization.

One classic Hollywood celebrity has a special place in Donna's heart: Rudolph Valentino. (And who doesn't have a special affection for Mr. V.?) She's published one book on Valentino, and is working on a second, tentatively entitled The Films of Rudolph Valentino - A Chronological History.

"I have studied Valentino for decades," says Donna, "and I am still researching, learning, and enjoying the process."

Donna has also researched Valentino's mentor, June Mathis. “It began with a tango – June Mathis and her unique friendship with Rudolph Valentino," she says. "One of my earliest researched pieces is a subject I love, Valentino and June Mathis as well as roping in my favorite silent film The Four Horsemen of the Apocalypse. The collection was represented in my book Rudolph Valentino The Silent Idol: His Life in Photographs."

You can read Donna's post on June Mathis HERE. 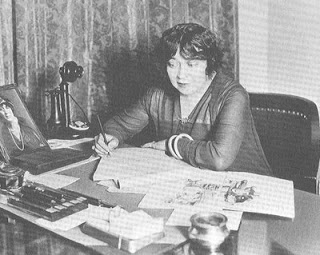 This is probably too much information, I also learned to love classic films seeing them on television, late night television such as TV 36 in San Jose and KBHK where classics from 20th Century Fox, MGM, RKO, Paramount and Warner Brothers were on regular rotation. Once I got my library card and discovered the film history section, a whole new world opened up for me, film bios and film history.

Once I could drive, I became a loyal patron twice weekly at my local revival movie house (The Vitaphone). There I experienced familiar favorites, except, they were Three Strip Technicolor prints newly struck from the camera negative, on the big screen, it changed my life. Films on television never looked like this! Gob smacked is a good word to describe the feeling. For a film geek, it’s like a drug.

Getting to know the owners, working at the theater over a summer and learning how to run the large 35mm projectors; that was a thrill. It was also a thrill to stand in the back of the theater and watch the chariot race from the 1959 Ben-Hur six nights in a row. To see Random Harvest, a pristine new print, so clear you felt you could walk into it. The Garden of Allah, Dietrich and Boyer, impossible silly romance, in glorious Technicolor. 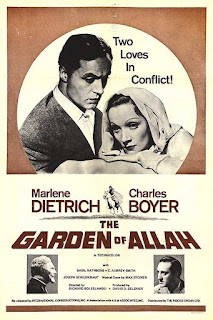 CMBA: What makes a film a "classic" in your opinion?
Strictly Vintage Hollywood: Literally, to me a classic film is anything from 1900 to about 1965, the dawn of film to the end of the studio era in Hollywood. This would include foreign films, too. A classic, does not even really have to have the best script, or acting, to me. It is a film that stands the test of time and repeated viewings.

CMBA: What classic film(s) do you recommend to people who say they hate old movies?
Strictly Vintage Hollywood: John Huston’s The Maltese Falcon, Stanley Donen & Gene Kelly’s Singin’ in the Rain, just about any Laurel & Hardy film and the same for Buster Keaton, The Adventures of Robin Hood, Now Voyager, The Heiress, The Mark of Zorro (silent and talkie versions), The Son of the Sheik, North by Northwest, Rear Window, and Sunrise. (I could name a dozen more!) It is inconceivable to me that someone could actually say they “hate” old films. For those that do, I can only imagine that they have not really seen any. So many genres, gangster, musicals, comedies, drama, women’s pictures, adventure films, romance, sci-fi, you name it, there really is something for everyone if they could be introduced to seeing a film as it was meant to be seen, i.e. on the big screen. At the very least, on television without commercials, like TCM. 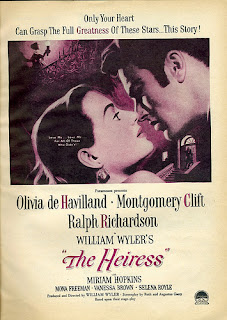 CMBA: Why should people care about classic film?
Strictly Vintage Hollywood: In today’s world of instant news, the 24 hour news cycle and endless tweets and Facebook posts, sometimes I think people need to care about classic films as a way to let go, lose themselves and enjoy 90 minutes (or two hours) of solid entertainment. Any classic film is a reflection of the era in which it was produced, but, the bottom line is all are human stories. They can touch you, empower you and make you feel great just when the real world has got you down. In other words because they are so very entertaining.

Why should they care about preserving them? Cinema is the most American of art forms. Film can be a snapshot of the period. Once lost, they likely remain so and a part of our history is gone forever, except stills and lobby art. Imagine a world without Gone with the Wind or The Wizard of Oz? 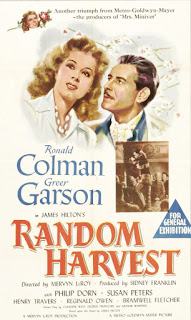 CMBA: What is the most rewarding thing about blogging?
Strictly Vintage Hollywood: The best thing I have found in blogging and writing about film is the people I have met. I mean, I follow several blogs and I love to read other viewpoints and learn about films I have not yet seen. I enjoy writing, and blogging is a tool for me to improve my writing and to share about films I love. If I get one comment telling me they’ve loved a film I’ve written about, that’s the best icing on any cake, metaphorically speaking. This takes me back to seeing films with my parents, blogging and classic film is a shared experience, and it’s wonderful. I’ve met some of my best friends this way. 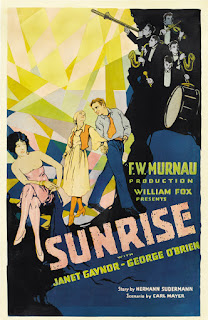 CMBA: What challenges do you face with your blog, and how do you overcome them?
Strictly Vintage Hollywood: The biggest challenge is finding time, and trying to be regular in posting. A challenge especially now as I am researching and writing a manuscript. I am trying to be proactive this year, bet in the habit of a weekly post, even a small one. For the manuscript, taking inspiration from my friend over at Backlots, Lara, to write something every day on the manuscript no matter how small.

CMBA: What advice would you give to a new blogger?
Strictly Vintage Hollywood: Write about what you love. That, to me, is the biggest motivation. Be receptive to constructive criticism and ignore the trolls. 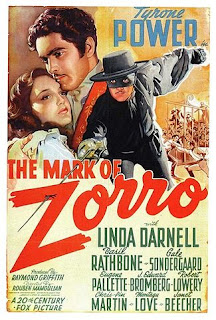 Thank you for joining us, Donna! You can visit Strictly Vintage Hollywood by clicking HERE.
Tweet