Blog of the Week: Java's Journey 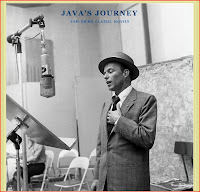 In Java's world, a Classic Movie is "one that fits somewhere between the mid-1930s to the mid-1960s."  Java also occasionally explores Honorary Classics, which are "those films which do not fit the loosely strict definition." The blog is Java's "journey through classic films. I gush over my favorite bits of vintage cinema (stories from in front of or behind the camera) and I explore the parts of this vast genre of history that I don't yet know." 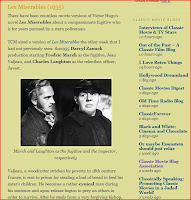 You can visit Java's Journey at: http://javabeanrush.blogspot.com/ 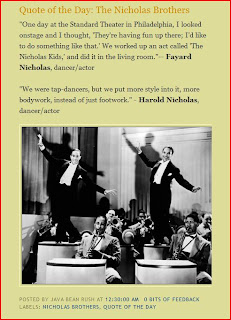 Recent posts at Java's Journey include:

Labels: blog of the week, rick29

Blog of the Week: FilmPhiles

FilmPhiles is a place for lovers of film to gather, to share their love of films and film-making, to enjoy each others' company, and to have fun! The members of FilmPhiles review: silent, pre-code, and foreign films; film noir; screwball cinema; television series; and film turkeys. They also profile actors, actresses, directors, and even animal stars! 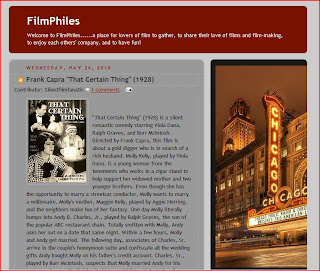 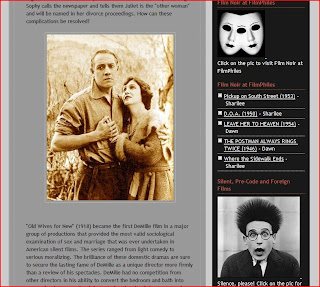 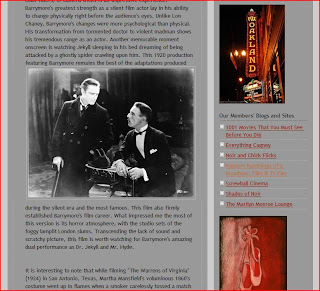 Recent posts at FilmPhiles include: