Introducing the CMBA Spring Blogathon: Fun in the Sun!

It’s time to have Fun in the Sun! Whether it’s soaking up the sunshine outside or enjoying some of your favorite beach movies indoors (or outdoors!), there is lots of fun to be had all season long!

CMBA is so excited to announce this year’s Spring Blogathon, “Fun in the Sun!” Join in the excitement and consider contributing a piece about one of the following topics:

·      A classic film star who appeared in summer, vacation, or beach movies.

·      A filming location that is featured in a particular summer, vacation, or beach movie.

·      …Or something different that you feel fits the bill for our blogathon, including films with a darker or more dramatic film. We welcome your creativity!

As there is much to be explored in this year’s theme, we will not be accepting duplicate topics. Topic selections will be accepted in order of receipt. To select a topic, please notify CMBA about your topic choice, the name of your blog, as well as if you have a preference on which date you would like to publish your piece.

The blogathon runs from May 17-May 20th.

We look forward to another great blogathon!

Please feel free to promote the blogathon with the following banners: 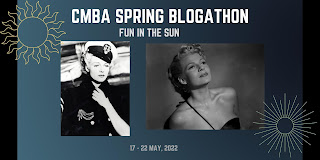 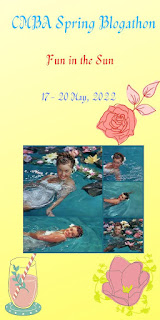 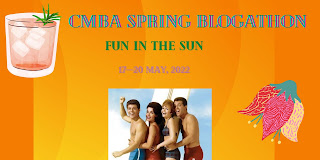 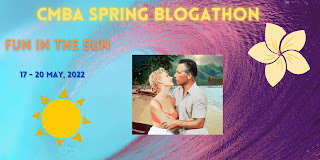 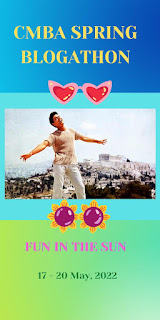 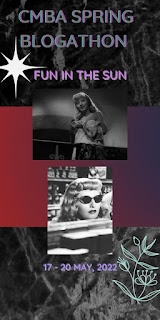 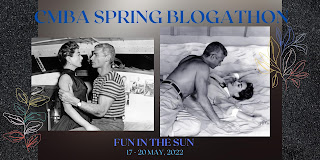 Each month, the CMBA profiles a classic movie blog. This month, we’re featuring Michaela of Love Letters from Old Hollywood.

LOVE LETTERS FROM OLD HOLLYWOOD: Personally, it needs to be at least 25 years old (although preferably much older) and there has to be a timelessness to it. That doesn’t mean the film can’t have dated references or anything, but it should have a quality to it that encourages you to keep revisiting it.

LOVE LETTERS FROM OLD HOLLYWOOD: I’m obsessed with musicals and romantic comedies. I definitely enjoy more serious genres, but it’s important to me (and my mental health, if we’re being honest) to surround myself with movies that make me feel good. I have to be in a specific mood to watch, say, a film noir or a melodrama, but I will always make time for a musical or rom-com, no matter how minor or silly they are.

LOVE LETTERS FROM OLD HOLLYWOOD: The short answer is: they’re the best!

The longer answer: they’re vital cultural documents. They show us what life used to be like, but they also illustrate how the art of filmmaking was created and evolved. There is an artistry to black-and-white movies that, in my opinion, hasn’t really been matched since the Golden Age of Hollywood. Old movies are still incredibly influential to this day; to dismiss them because of their age is just insane.

I’ll stop there, but I could go on and on.

LOVE LETTERS FROM OLD HOLLYWOOD: I always struggle with this question because I get so nervous recommending old movies to people who aren’t super aware of them. Plus, I usually try to cater my recommendations to what I know that specific person likes.

These aren’t the most original choices, but in the past, I’ve had great luck with Singin’ in the Rain (you can never go wrong with this film), Funny Face (Audrey Hepburn is a surefire way to get most people interested in the classics), All About Eve (that script! those performances!), It’s a Wonderful Life (never underestimate the power of George Bailey), Casablanca (come on, I had to say it), Some Like It Hot (still one of the funniest movies ever), and Top Hat (I will always try to get people to watch Fred and Ginger). I might even throw Mildred Pierce or Laura in there—film noir is often the best route for anyone who is skeptical about classic films and those two movies are just exceptional.

LOVE LETTERS FROM OLD HOLLYWOOD: Connecting with other people! The whole reason I started a blog was to share my love of classic Hollywood with people who would understand and encourage it. I didn’t really have anyone in my life I could talk to about the magic of Esther Williams or Van Johnson’s adorableness or Eve Arden’s withering comebacks, so when I stumbled upon blogs that were dedicated to those same things that I cherished, it was miraculous. And everyone in this community is just so sweet and supportive! It has been a really lovely group to be a part of for the past eight years.
Tweet
Posted by Marianne at 10:49 AM No comments: