Blog of the Week: Thrilling Days of Yesteryear

Thrilling Days of Yesteryear can be found at: http://thrillingdaysofyesteryear.blogspot.com/. 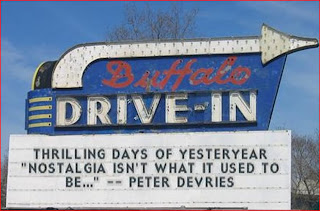 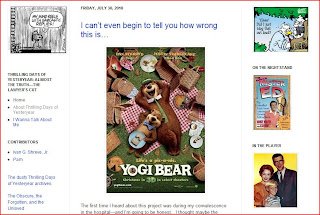 Click on the links below to view some of the recent posts at Thrilling Days of Yesteryear:

As some of you may be aware, Bray Studios in England are in danger of closure and demolition to make way for housing. This would amount to the destruction of an important part of British film and cultural history. Bray was home to Hammer Films for many years (where iconic productions like The Curse of Frankenstein, Dracula and The Mummy were filmed) and subsequently was used in the production of many other films (including The Rocky Horror Picture Show and the model work for Alien) and TV programmes (including Space 1999 and Dr Who). The Save Bray Studios campaign, organised by Hammer expert Robert Simpson, is trying to raise awareness of this imminent threat and encourage others to do likewise. As such, if you love classic and horror cinema please consider taking part in the following, and inform others of it:

The Watching Hammer blog (http://watchinghammer.blogspot.com/) would like to propose next week (Sun - Sun) as a week of Blog on Bray Days.

Please take part and choose a day next week as your Blog on Bray Day to write a post on Bray Studios, the place they hold in cinema history, the danger they currently face, and what people can do, including relevant links.

The Save Bray Studios blog can be found here - http://braystudios.blogspot.com/

The Watching Hammer blog has posted a list of suggested things people can do, including addresses to write and/or email here - http://watchinghammer.blogspot.com/2010/07/save-bray-studios.html

Post URLs can be emailed to Watching Hammer which will collate them as links.

CMBA member Watching Hammer thanks you very much and asks you to please take part!
Tweet
Posted by Rick29 at 10:41 PM 2 comments: