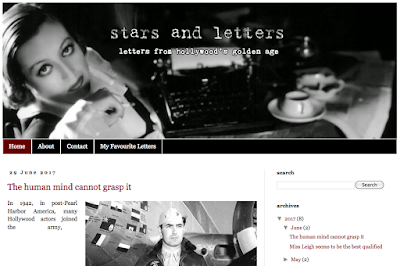 Stars and Letters is a movie (and history) lover's dream.

The site provides letters written by Classic Hollywood filmmakers such as David O. Selznick, Marilyn Monroe and Richard Burton, among many others. With each letter (or note or telegram), Janet provides a transcript in case the image of the original is somewhat illegible.

These letters are gems, providing an intimate snapshot of contract negotiations, responses to fans and even celebrity life. For example, look at Greta Garbo's 1963 letter to Jackie Kennedy.

"Although Garbo's letter is just a very short thank-you to her hostess," says Janet, "I really like the story behind Garbo's letter, the fact that it solved the mystery of President Kennedy's missing 'tooth'."

You can read Greta's letter to Jackie HERE. 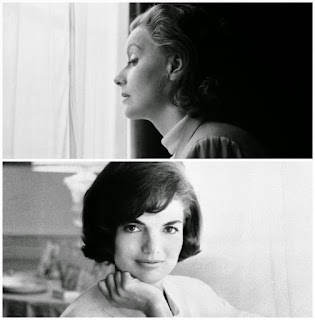 CMBA: What sparked your interest in classic film?
Stars and Letters: Both my parents are classic film fans so I grew up watching old films. The films I saw during my childhood were mainly westerns, swashbucklers and MGM musicals, and most of them I initially watched dubbed in German. (I am Dutch, grew up without cable television and classic Hollywood films were mainly shown on German television.) Much later I discovered other films I liked, like film noirs and even later pre-codes. Although I also like a good modern film, I do have a strong preference for classic films. (And there are enough classic films I haven't seen yet to last me a lifetime!) 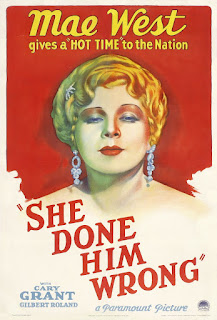 CMBA: What makes a film a "classic" in your opinion?
Stars and Letters: I would call a Hollywood film a "classic" if it was made between the late 1920s and mid-1960s (my favourite decades being the 1930s and 1940s). Obviously, in a different sense, a "classic" is a film that has stood the test of time, that can be viewed over and over again and still be amazing, whether an old classic like Casablanca or a modern classic like The Shawshank Redemption.
CMBA: What classic film(s) do you recommend to people who say they hate old movies?
Stars and Letters: I would simply recommend some of my personal favourites, such as Stage Door, His Girl Friday, The Apartment, The Adventures of Robin Hood (my favourite swashbuckler), Remember the Night (my favourite Christmas film). How can anyone not like these?! 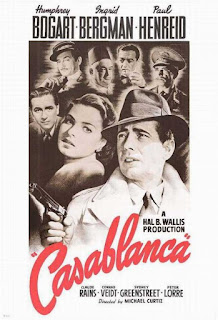 CMBA: Why should people care about classic film?
Stars and Letters: Because they are so sophisticated and stylish, and not just because of the way they look (set design, cinematography, costumes, glamorous looking actors/actresses), but also because of the way people talked, the dialogue, without using the f*word all the time. And even with a bad classic film (and there are a lot of those), there is almost always something in it worthwhile. Also, classic Hollywood provided genres which have basically disappeared now. Screwball comedies, film-noir, westerns, swashbucklers, musicals and pre-codes (if you can call the latter a genre) – they are part of a bygone era and should all be cherished. 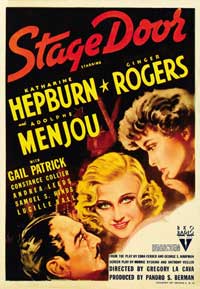 CMBA: What is the most rewarding thing about blogging?
Stars and Letters: My blog is different from other CMBA blogs. I post classic Hollywood correspondence along with related background information. I love searching the internet for letters and the stories behind them. And when I find something interesting or surprising, I can really get a kick out of that! That Clara Bow was a Marlon Brando fan, for example, I never knew before doing this blog.

CMBA: What challenges do you face with your blog, and how do you overcome them?
Stars and Letters: I rely on material I can find on the internet and while there is enough classic Hollywood correspondence to be found, it's not always easy to come up with something exciting. And because of the lack of time, I don't post as much as I want to. 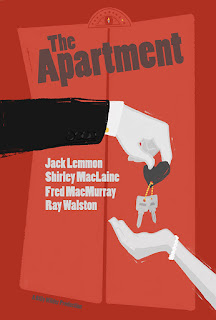 CMBA: What advice would you give to a new blogger?
Stars and Letters: Pick a topic you like and write about that (whether it's reviews or something else). I think it's imperative that you love what you're doing, it should be fun and not feel like homework. Only when you enjoy doing your blog, it will be able to survive. And try to post on a regular basis (I should follow my own advice!). But even if you don't post regularly, if you love your blog you will always come back to it. 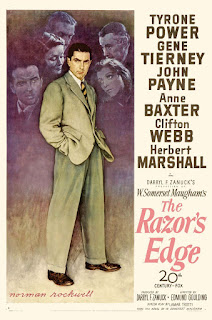 Thank you for joining us, Janet! You can visit Stars and Letters HERE.