It's Time for the Fall 2022 CMBA Blogathon: Movies are Murder! 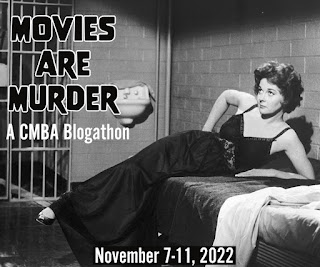 The Classic Movie Blog Association is pleased to invite you to stroll down shadowy streets and encounter cutthroat characters at our fall 2022 blogathon, Movies Are Murder! From November 7th through November 11th, our bloggers will explore the seedy side of cinema with films and stars involved in all sorts of homicidal happenings. The entries submitted by our CMBA members can be accessed below – please stop by their blogs to read and comment on these offerings. And be careful out there . . .

The Cat and the Canary (1927) – Strictly Vintage Hollywood 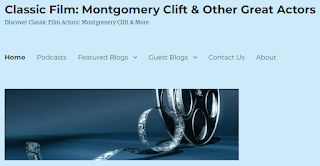 Each month, the CMBA profiles a classic movie blog written by one of our members. This month, we’re featuring Wendy Whittick, who writes at Classic Film: Montgomery Clift and Other Great Actors.

Classic Film: Montgomery Clift and Other Great Actors: I probably have a more narrow view of a classic than most people. To me, classic film refers to films made during the Golden Age of Hollywood (beginning of film to 1965, by my definition).

CMBA: Why should people care about “old” black and white films?

Classic Film: Montgomery Clift and Other Great Actors: Black and white films mark the beginning of film; they are the building blocks by which current films are made. There are many pioneering techniques in black and white films, and the artistry in some of them is unparalleled, even with modern technology. Black and white was often an artistic choice that gave different dimensions to the film and a certain ambiance.

CMBA: Is there a classic film that you find yourself watching again and again?

Classic Film: Montgomery Clift and Other Great Actors: I will watch almost any David Lean film over and over. I am always picking up something new in his films; there is an endless amount of symbolism if you just take the time to look for it.  For a feel-good film, I will often turn to Frank Capra films or The More the Merrier, which I still love every time I see it.

Classic Film: Montgomery Clift and Other Great Actors: I try to start people out with films that have stood the test of time, such as Casablanca or Alfred Hitchcock or a film with Cary Grant or Marilyn Monroe.  If you can get people to love the more mainstream films and actors, then you can maybe pull them in further to the more artistic films of the era.

CMBA: Your blog title mentions Montgomery Clift specifically; which of his films would you recommend to people who are unfamiliar with his work?

Classic Film: Montgomery Clift and Other Great Actors: From Here to Eternity is a great film to start with because it’s somewhat more well known. I personally love him in The Misfits. He’s a little lighter and less serious than most of his films. Montgomery Clift never gives a bad performance, but he is probably most noted for his work in A Place in the Sun.

Classic Film: Montgomery Clift and Other Great Actors: Bringing forgotten actors, films, and directors back into public awareness and hopefully educating the public on this wonderful era of film.  Any time I get a comment or message from someone thanking me for providing them with information about a certain actor, it makes all the work and effort so worthwhile.