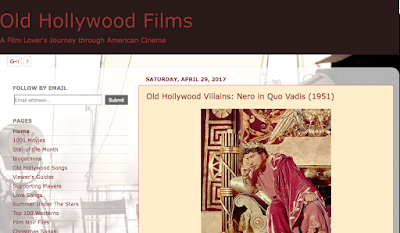 For the third consecutive year, the Classic Film & TV Café will celebrate National Classic Movie Day on May 16th by hosting a blogathon. This year, it will shine the spotlight on those actors and actresses that made the Golden Days of Hollywood glitter brightly.

The Five Stars Blogathon invites bloggers to list their five favorite movie stars and explain why you love them. It's that simple.

If you want to participate, click here for more information and leave a comment with your blog's name and URL.

You can also just send the information to: rick@classicfilmtvcafe.com. 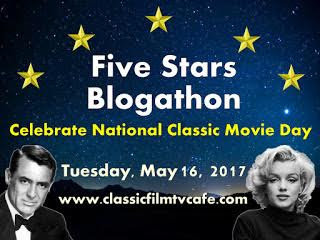 Tweet
Posted by The Metzinger Sisters at 5:33 PM No comments: