CMBA profiles one member every month. This month's interview is with Samantha Ellis who blogs at Musings of a Classic Film Addict. Sammatha attends as many film classes as he can and hopes one day have a degree.

What sparked your interest in classic film and was there anyone film that you remember being the one to change it all?

I guess you could say that my interest really started in the third grade. My music teacher showed us the “Make ‘Em Laugh” scene from Singin’ in the Rain and I had that “Aha!” moment like, “Wait, these movies were actually good?” I also watched Brigadoon and West Side Story in that class, both of which are still near and dear to my heart, but I ultimately shelved that interest until my middle and high school years, which were spent growing up in Palm Springs, CA with my grandmother. She was never particularly a classic movie fan, but she loves teaching the history of the town. It was where nearly all of the classic movie stars lived and mingled, so it was hard for her not to capture my interest when we would pass by a hotel and she’d say, “Oh, Ginger Rogers got married there”, when we’d drive down streets named after stars, or when we’d pass by Bob Hope’s gorgeous home, situated high on the top of a mountain. It was like a castle, and all the stars she would tell me about were kings and queens. Around that same time, I had a lot of health issues as well, which led to me staying home from school often. She didn’t allow me to use the internet on these days, but she would let me watch movies, so I started going through her classic movie VHS tapes and consuming the films of all the stars that she had told me about. The rest is history, and she still thinks I’m weird for enjoying movies that are older than she is, even though she’s largely responsible for it! 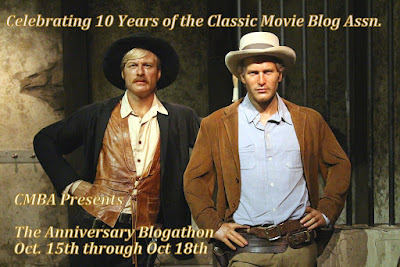 Welcome the CMBA's 10th Anniversary Blogathon! This blogathon is special! Ten years of the CMBA bringing classic film bloggers together to share and learn. Before we move on to this year's event, it seems fitting to provide a short history of the CMBA.

Rupert was intrigued, but also had questions. In his first e-mails, he asked:  "How did this entity come about? What is the criteria for involvement? Regular posts to the site? How are votes for new members gathered?" Rupert's questions led Rick to write the CMBA Charter, which contained the provision that, unlike most blogging associations, the CMBA's current members would vote on accepting new members and elect a Board of Governors to manage the organization. The CMBA's first members approved the CMBA Charter on November 22, 2009.


Over the past 10 years, members have come and gone (life does sometimes get in the way of blogging), but the CMBA has endured and matured into a thriving organization with a social media presence and the respect of the world of classic film and its fans. Today, as the CMBA celebrates its 10th anniversary year with close to 90 members and counting, the future continues to be both promising and exciting for this group of impassioned classic movie bloggers.

Appropriately, this year's Fall Blogathon theme is Anniversaries. We have a great group of contributors joining in to celebrate. Links are posted below to all participating blogs.


Posted by Classic Movie Blog Association at 8:02 AM 1 comment: 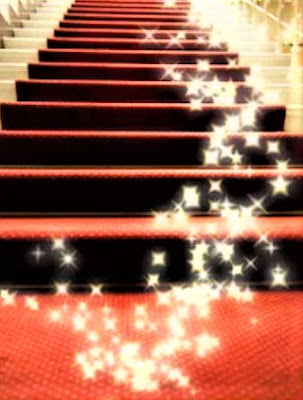 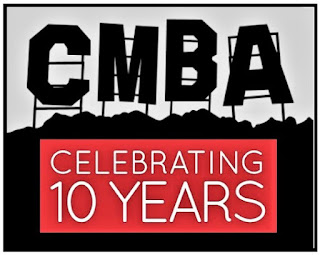 Tweet
Posted by The Lady Eve at 1:11 PM No comments:

CMBA profiles one member every month. This month's interview is with Erin Graybill who blogs at Cinematic Scribblings. Erin's blog focuses on European and Japanese cinema.

When I was about eight, I was obsessed with Shirley Temple; I can't recall how that actually started, but AMC used to air one of her movies every Sunday around 11 AM, and I would always watch them. Around that time, I was also really into Martin and Lewis movies, and I remember watching a lot of Laurel and Hardy on AMC as well. After that, I was less into classic films for a while, but at some point in my teens my family came across Bringing Up Baby on TV -- I'm sure it was TCM -- and I loved it. From there, and especially in college, where I had easy access to the library's collection, I really delved into classic films.

I noticed you have written much about Francois Truffaut. What is it about his films that attract you?

Writing about Stolen Kisses (1968), he said, "When I started making movies I had the idea that there were things that were funny and others that were sad, so I would put funny things and sad things in my films. Then I tried to switch abruptly from something sad to something comical. In the course of making Stolen Kisses I came to feel that the best of all were the kind of situations that were funny and sad at once." That appeals to me, and so does his observation that "with me, one film out of two is romantic -- the other one tries to destroy this romanticism," although I think it's more complicated than that; the romanticism and anti-romanticism often seem to coexist in his films. Also, his love of cinema is infectious.

What other directors do you admire?

Yasujirô Ozu is probably my favorite director. I also love Federico Fellini, Michael Powell (particularly his work with Emeric Pressburger), Satyajit Ray... I could go on and on, but those are the directors at the top of my list, along with Truffaut.

I don't know that I have a particular favorite genre, to be honest. I feel like I watch dramas and comedies in equal measure, and I don't really seek out or focus on more specific genres like westerns or sci-fi or musicals, although I hope I'm open to them.

"Hate" is a very strong word, but there have certainly been times when I've been disappointed or just failed to see what the big deal was about one film or another. I remember being let down -- not as amused as I hoped to be, I guess -- by Sullivan's Travels, for which I had very high expectations; that's one I should revisit and reevaluate. Sansho the Bailiff is another example (not that I was looking to be amused there). I'm never as blown away by Mizoguchi as other people seem to be, especially by his period pieces, which seem to get most of the attention and praise. (I do like his more contemporary films, Street of Shame above all, but also Osaka Elegy and Sisters of the Gion.) Blowup comes to mind as well. It was my first Antonioni and it left me a bit cold, but several years later, once I saw more of his movies -- many of which I like a lot -- I thought that I would be able to appreciate it more, being better attuned to his style and themes and so on and not expecting a typical "Swinging London" movie (whatever that would be). It didn't work -- same reaction the second time around.

What do you find is the most rewarding thing about blogging?

I really enjoy working out my thoughts on a given film and then hearing what other people think about it, and I appreciate the sense of community among classic film bloggers.

What movies would you recommend to someone who “hates” classic films?

That probably depends on the individual person and the sorts of modern films that they enjoy. I don't know that there's a one-size-fits-all answer.

Literature -- I love to read, and my dream is to write novels. I also enjoy going to art museums and listening to music.