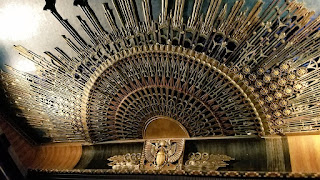 CMBA: What sparked your interest in classic film?
The Vintage Cameo: My childhood movie collection was an eclectic mix of “whatever my mom had taped off HBO during the free preview weekend,” so I don’t think I initially felt much of a distinction between “classic” and “modern” films—but first developed a love for movies as a whole. Some of my early classic favorites were Singin’ in the Rain, West Side Story, and the Wizard of Oz (in addition to more questionably-appropriate kid fare, like Beetlejuice). As I got older, I realized that there was a whole world of classic film out there, but also that it seemed like many of my peers weren’t at all interested in exploring it further. But luckily I was OK with being a weirdo! It also helped that shows I liked, like The Simpsons, utilized classic film references all the time, which encouraged me to seek out the original sources. Although the show probably spoiled me for a ton of classic movie scenes (Citizen Kane, The Shining, Planet of the Apes), the constant riffs also seemed to encourage knowledge in classic film as a necessary component of pop culture.

CMBA: What makes a film a "classic" in your opinion?
The Vintage Cameo: As a marker of quality, I would say any film that has made a significant cultural impact—whether it’s changing what people thought about something, evoking some sort of discussion, or even just remaining in the public cultural consciousness for decades after its debut.

As a synonym for “old,” I try to keep the majority of my blog content focused on films within a rolling marker of about 40 or 50 years or so.

CMBA: What classic film(s) do you recommend to people who say they hate old movies?
The Vintage Cameo: I’m a TA for my university’s intro film course, so this is actually something that comes up quite often for me! To be fair, most students wouldn’t say they hated old movies, but for many of them, their reference points are restricted to about the last 10 to 15 years. A few of the new-to-them films I’ve assigned that students later told me they liked/loved: King Kong (1933), Gold Diggers of 1933 (1933), The Thin Man (1934), Gojira (1954), Ocean’s 11 (1960), Psycho (1960), The Italian Job (1969), and The Last Picture Show (1975). I find that approaching older films through genre often makes an easier entry point for resistant people—if somebody loves modern action or horror or comedy, there’s usually a corollary from the past that they would also enjoy. I’ve also been pleased to find that the most magnetic stars of the past still seem to be able to draw in modern viewers, so anything with one of the greats usually works pretty well too. 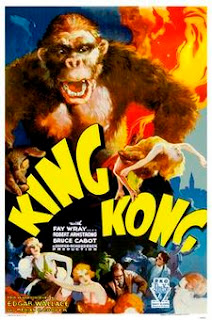 The Vintage Cameo: I think it’s necessary for anybody interested in film, as the whole history of film is basically a bundle of continuous timelines. While you don’t need to understand the full historical and cultural context for every film you see in order to enjoy it, I think the ability to think about films in a deeper way almost always contributes to a better and more rewarding experience. There’s also SO many amazing and varied films out there, that people who avoid “old” films are really missing out!

CMBA: What is the most rewarding thing about blogging?
The people, for sure! Finding such an active community of like-minded folks has been really gratifying if even a little surprising! Watching older films can be a bit isolating since, unlike the watercooler-friendly films that come out in theaters every week, we’re usually all watching them at drastically different times. When I watch a musical from 1938, chances are fairly slim that my coworker has seen it (recently enough) to listen to me gushing about it, but the classic film community always seems to step up. Or if nothing else, I can go back and read somebody else’s review from two years ago about the same film, which can help prompt discussion.

The Vintage Cameo: On a related but more trivial note, my memory for movies is super terrible, so writing my entries helps me remember what I’ve seen and what I thought about it!

CMBA: What challenges do you face with your blog, and how do you overcome them?
The Vintage Cameo: I am just now getting back on schedule after spending the past two years getting my Master’s, so first: scheduling! I am a fairly slow writer—even trivial things like festival recaps take me at least a few hours to complete, so a real review is usually a pretty significant undertaking. I’ve been trying to balance this a bit by being more active on social media, especially Twitter, where I can train myself to be a little looser and not agonize over every word choice. I’m also working on editing down some of my school assignments to post on the blog, since I’ve already done the work on them, as well as coming up with some new short-form ideas for regular posts.

CMBA: What advice would you give to a new blogger?
The Vintage Cameo: One thing that helped when I was starting out was having a specific project to complete. For me, it was tracking down all the full films from the clips featured in That’s Entertainment, and writing reviews on those. That gave me a bit of structure to start from, as well as a built-in list of topics to cover for when I wasn’t feeling inspired. It also let me feel like I was doing something a little bit unique. Since many of these older films have been covered by tons of writers/blogs at this point, it initially felt impossible to say something new about them—but having the structure of the project meant that I could at least approach it from my own perspective.

What is one blog post that you would like to share on your profile – and why?
I’ll just say this recent post on The Star, which is fairly representative of my combination of analysis and personal history!
http://www.thevintagecameo.com/2017/06/the-star-1952/

Thank you for joining us, Emily! You can visit The Vintage Cameo HERE.
http://www.thevintagecameo.com/
Tweet