The CMBA profiles our classic movie blogs each month. Today we're featuring Ruth from Silver Screenings.
CMBA: What sparked your interest in classic film?
Silver Screenings: I’ve always had an interest in old movies, and I’m not sure where that came from. For instance, when I was a kid, I’d study the movie listings in our local television guide and try to memorize titles of older films. But as a teenager I discovered Laurel and Hardy, and they became my glorious introduction to old films. A local television station would air their shorts early Sunday mornings, and I fell in love: the comedy, the fashions, the vintage Los Angeles scenery and, of course, Laurel and Hardy themselves. Every Sunday morning I’d sneak downstairs to the family room and watch these films on mute so I wouldn’t wake the rest of the house. I had found gold.

CMBA: What makes a film a “classic” in your opinion?
Silver Screenings: I wonder if the word “classic” needs to be more sharply defined when it pertains to film. I’ve met a couple of people online who feel Hollywood’s best years were the 1980s, and they describe films from that decade as “classic”.

If we use the word “classic” to describe an era of Hollywood filmmaking, e.g. the studio era, I personally feel that era ended in the late 1950s. However, if we’re describing films with timeless themes, I think classic films are released every year. 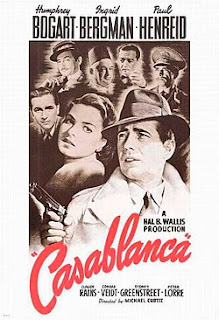 CMBA: What classic film(s) do you recommend to people who say they hate old movies?
Silver Screenings: I recommend films to match their interests. I’ve introduced people to old movies through Casablanca, Double Indemnity and Sabrina. Even my long-suffering husband, who claims he’d rather watch modern sci-fi flicks, has a few classic favourites, such as Winchester ’73 and anything starring John Wayne.

CMBA: Why should people care about classic film?
Silver Screenings: Some folks think movies aren’t art, but even if they are “just” pop culture influences, they deserve study and appreciation. People make a career out of examining the history of music, literature and fine arts. So I think the question then becomes: Why not study the history of one of the greatest cultural influences of our age?

CMBA: What is the most rewarding thing about blogging?
Silver Screenings: My goal is to “sell” people on old movies and convince folks not to dismiss them outright just because they’re black and white. When someone outside the classic film community gets excited about an old movie, I always joke, “Well, my work here is done.”

CMBA: What challenges do you face with your blog, and how do you overcome them?
Silver Screenings: There are two things I constantly run into: (1) something unique to say about a film; and (2) writer’s block.

When I write about a movie that’s been reviewed a zillion times through the years, I try to think of one thing about it that resonates with me, then I build a post around it.

If I’m suffering from an acute writer’s block that not even chocolate can cure, I listen to the British band Coldplay. (Don’t laugh!) To me, their music becomes a metronome of sorts, and it propels me to complete that important first draft.

CMBA: What advice would you give to a new blogger?
Silver Screenings: Share your personality with us. We’ll love you for it. 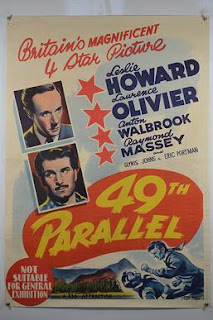 CMBA: What is one blog post that you would like to share on your profile – and why?
Silver Screenings: I have a soft spot for the WWII propaganda film, 49th Parallel. Not only does it recognize Canadians’ contributions to the war – which is often downplayed or ignored – it also shows how beautiful our country is.
https://silverscreenings.org/2016/02/03/49th-parallel-britains-love-letter-to-canada/

Thank you for joining us, Ruth! You can visit Silver Screenings HERE.
Tweet